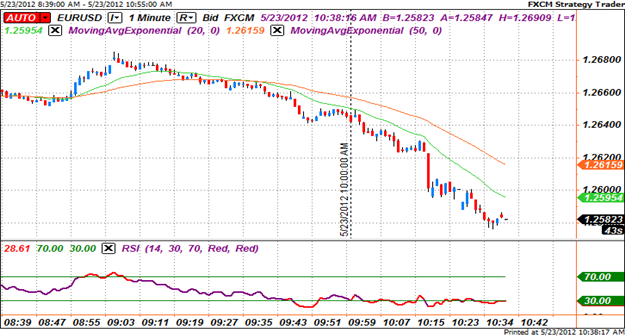 Purchases of new single-family houses in the U.S. bounced back more than forecast in April after hitting four-month low in March. Coupled with rebound in April existing home sales, a surge in new home sales fuels investors’ optimism over recovery in the world’s biggest economy since animprovement in the housing market helps boost consumer expenditure and spur demand in durable goods in coming months.

New home sales climbed 3.3 percent at a seasonally adjusted annual rate of 343,000 units,U.S. Census Bureau and the Department of Housing and Urban Department jointly reported today. The print is well above median projections of 335,000 units from the Bloomberg News Survey. Meanwhile, sales in March were upwardly revised to 332,000 units from 328,000 units. Still, sales of new homes were far from the average 700,000 annual rate that recorded in healthy market.

Recent improvements in labor market and exceptionally low mortgage rate made home more affordable for new buyers in some parts of the country. April new house sales advanced in three of four U.S. regions. The Midwest registered the biggest monthly gain, up 28.2 percent to 50,000. Similarly, sales in the West mounted to 88,000. On the contrary, new house purchases in the South unexpectedly tumbled 10.6 percent to 177,000 units.

The U.S. dollar strengthens versus most of its major peers except its Japanese trading partner over worries about Greece’s debt problems and more rumors on Greek Euro exit. The greenback extends gains against the single currency after the home sales report. TheRelative Strength Indicator crossing below 30- territory during thirty minutes signaled that forex trading crowd was aggressively selling off euro in favor of greenback. At the time this report was written, the euro trades at $1.2582, below 20- and 50- minute exponential moving average lines.