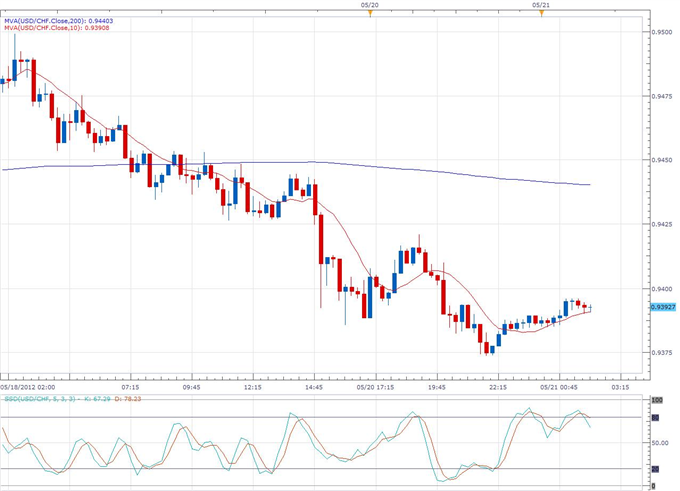 THE TAKEAWAY: Swiss consumer confidence comes in at -8 for April, beats expectations -> Optimism for general economic situation as well as employment much higher -> USD/CHF continues rise from earlier session lows

The Swiss SECO consumer confidence survey came in at -8 in April, making a new yearly high and beating analysts’ expectations of -15. The previous survey, taken last January, was reported at -19 according to the State Secretariat of Economic Affairs.

The biggest improvement in consumer confidence among households in Switzerland was optimism for the general economic situation for the next twelve months, which came in at -2 versus the -29 score from January. Expectations for unemployment also improved to 49 from a previous score of 71. However, expectations for personal financial levels as well as future savings remained relatively unchanged.

The SECO consumer confidence index is based on a survey of approximately 1,100 households on their outlook in four key economic areas for the next year. The values are the difference between the number of positive responses versus negative.

USD/CHF took a small and short lived drop following the consumer confidence data, before continuing its rise from an earlier session low below .9380. The pair dropped from a 4 month high in Friday’s session and continued that drop earlier today. EUR/CHF remains consolidated above the supported 1.2000 floor.