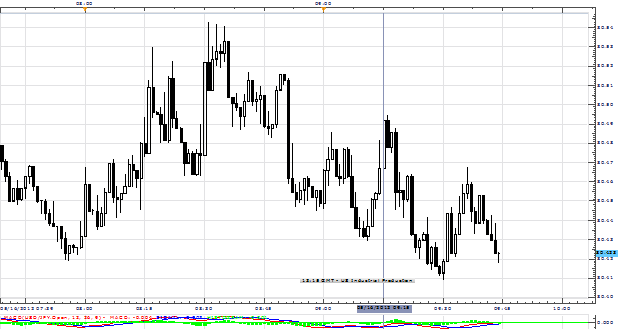 U.S. Industrial Production Rises In April By Most Since December 2010

THE TAKEAWAY: [U.S. Industrial production rose more than expected in April and by most since December 2010] > [Manufacturing boosted by auto and utility use] > [USDJPY weakens]

Industrial production in the U.S. rose more than expected in April and by the most since December 2010, boosted by gains in auto manufacturing and utility use. According to a report released by the Federal Reserve today, industrial production climbed by 1.1 percent in April after a 0.6 percent decline in March that was revised from initial estimates of no change. The consensus forecast of 79 economists surveyed by Bloomberg News had called for a 0.6 percent rise in April.

Manufacturing output increased by 0.6 percent in April, while production at mines rose 1.6 percent and the output of utilities gained 4.5 percent after unseasonably warm weather in the first quarter dampened demand for heating. Today’s report signals a strengthening in the manufacturing sector in the U.S., though weaker European economies will remain a challenge for U.S. factories.

In the minutes following the data release, the greenback weakened against the Japanese yen before retracing slightly. At the time of this report, the USDJPY pair was trading lower at 80.42 yen.