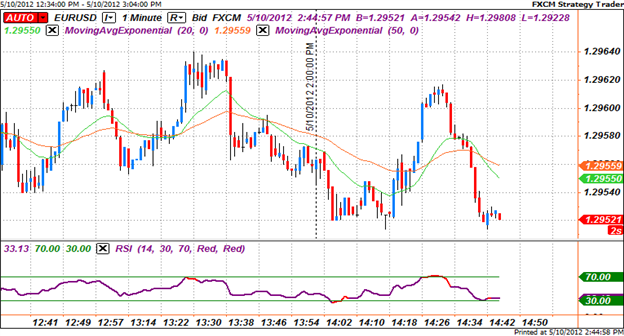 USD Remains Weak despite First Budget Surplus in April since 2008

The U.S. Government realized its first monthly budget surplus last month since September 2008, sending the budget deficit in the first seven months of this budget year lower than last year’s.

The Monthly Treasury Statement released today showed that the Federal Government recorded $59.117 billion surplus in April, in contrast with the $40 billion deficit reported for the same month last year. The print exceeds consensus forecast as twenty-three economists polled by Bloomberg News survey called for a smaller surplus of $35.0 billion.

April’s budget excess was attributable to the large inflow of tax revenues from the annual deadline for tax returns. April receipts substantially mounted to $318.807 billion from $171.215 billion in March while the outlays fell to $259.69 billion from $369.372 in the previous month. The largest boost to net receipts was resulted from $14 billion decline in the amount of refunds issued.

The budget surplus in April helped reduce the imbalance through the first seven months of the budget year to $719.859 billion. Nonetheless, one-month surplus would not signal a shift in the U.S. indebtedness. The federal deficit is still on track to surpass $1 trillion for the fourth straight year.

In February, President Obama released his fiscal 2013 budget that called for $4 trillion in deficit reduction over the next decade through a combination of spending cuts and taxes hikes on the wealthy. However, Republicans have rejected the tax rises and favored deeper cut in government programs. It’s clear that the rush to curb budget deficit through immediate spending cuts would adversely affect economic growth in the short-term.

Market participants showed mixed reactions regarding to the reserve currency following the Monthly Budget Statement release. As can be seen from the one-minute EURUSD chart above, the currency pair fluctuated in the thin range between $1.2951 and $1.2962. At the time this report was written, the greenback still weakens versus most of its major trading partners except its Japanese yen counterpart, trades at $1.2952 per euro.