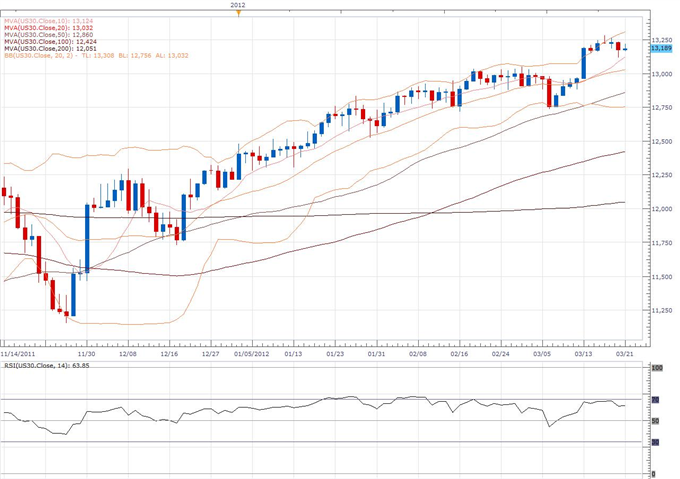 Technical: We could finally be seeing the formation of some form of a top in 2012, with daily studies looking stretched and the market breaking lower on Tuesday to end a sequence of consecutive daily higher lows. Look for confirmation Wednesday on a break back below Tuesday’s lows. This could then open an accelerated decline back towards the 12,750 area at a minimum.

Fundamental: US equity futures were well bid today as market participants look for a hike in home sales data set for release today. The data’s market impact remains to be seen, but recent economic data out of the US housing market has shown improvement in the housing sector. Moreover, crude oil reserves data set for release today could take on added significance given recent tensions out of the Persian Gulf. Meanwhile, Goldman Sachs today advised in a report that stocks will likely experience a “steady upward trajectory” over the coming years because any declinesin economic growth have already been factored intomarkets. 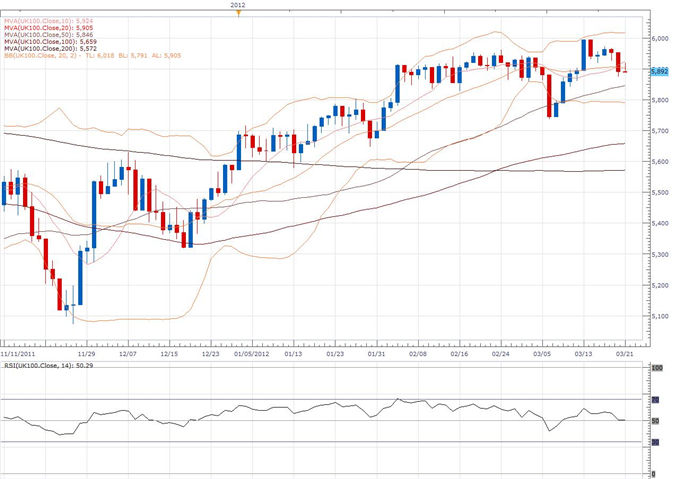 Technical: Although the market has managed to mount an impressive rebound since breaking down from 2012 highs at 5,964, we see any additional rallies as limited, with the greater risk for the formation of an interim top around psychological barriers at 6,000. Look for the latest break back below 5,900 to help confirm outlook and accelerate towards 5,750 further down. 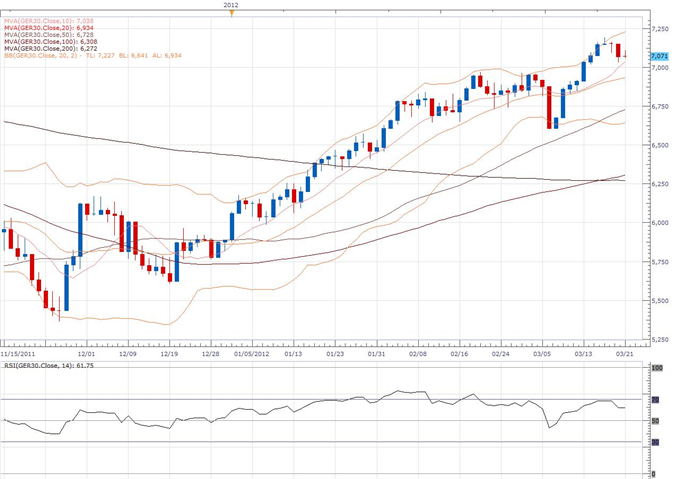 Technical: While the market has managed to post a significant recovery rally and extend gains to fresh 2012 highs, we still see the prospects for recent rallies beyond 7,000 as limited with the greater risk for the formation of a medium-term top in favor of a deeper decline over the coming weeks. Look for a break back below 7,000 on Wednesday to confirm negative outlook and open an acceleration towards next key support in the 6,750 area. 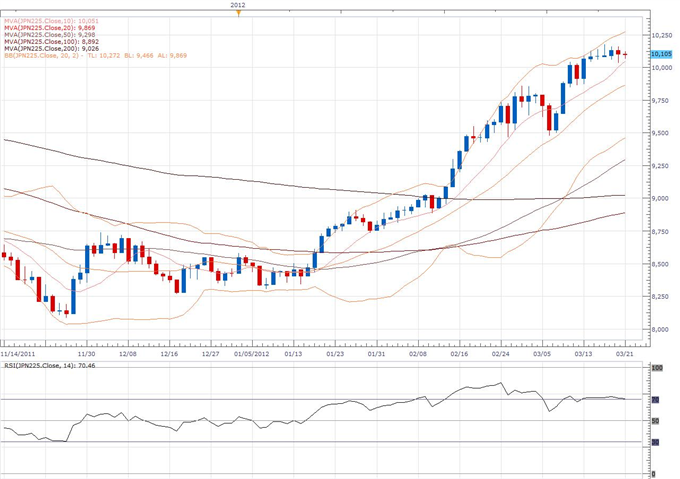 Fundamental:Japanese markets declined today, sending the Nikkei into the red zone for the first time in six days. Concerns that China’s economy is slowing were thought to be turning traders off to risk, and signals that the stock market may have risen too far, too fast slowed down buying. 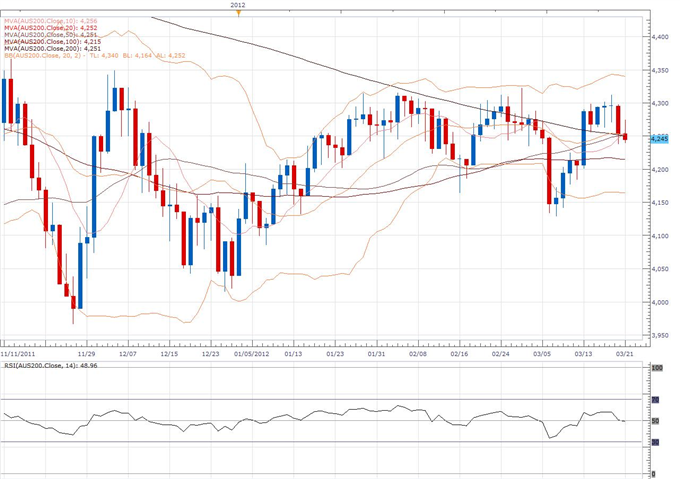 Fundamental: TheAustralian dollarsaw a brief rally overnight after the bureau of resources and energy said it sees higher energy earnings in the future. Gains were not seen in equity markets, though, Chinese concerns continued to throw a damper on trade. New Zealand’s FinMin said overnight that he expects his country’s deficit to increase, a development that did not help risk sentiment.