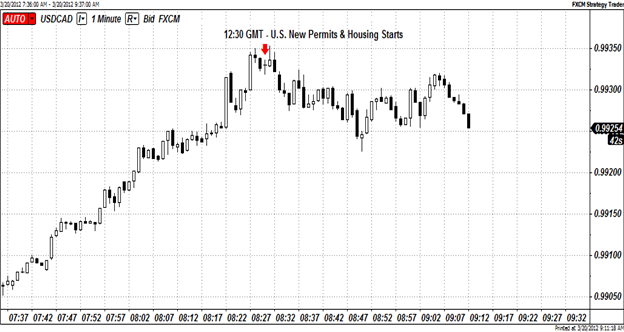 The U.S. Consensus Bureau and the Department of Housing and Urban Development jointly reported today that the number of privately-owned building permits in February soared to its highest since October 2008 while housing starts slowed slightly from the previous month. The stronger-than-expected number of new building permits, which is often used as a gauge of new constructions and developments in the housing market, adds to signs that the U.S. residential housing market may be stabilizing and signals that construction-related work will pick up in the coming months.

Meanwhile, the number of new housing starts in February was reported at 698,000, a 1.1 percent decline from the upwardly revised January estimate of 706,000 (adjusted from 699,000) but a 34.7 percent rise from the February 2011 rate of 518,000. The decline from the previous month was led by a 9.9 percent drop in single-family housing. The February readings came in slightly lower than expected, as median estimates from economists in a Bloomberg News survey had predicted a 0.1 percent rise to 700,000 new home starts over the previous month.

In the minutes following the data release, the greenback weakened slightly against most of its major counterparts. The U.S. dollar fell 11 pips against the Canadian dollar, and at the time of this report, continued to trade lower at 0.9925 Canadian dollars. While the stronger housing data will boost U.S. economic recovery, the demand for raw materials for construction will benefit the commodity-heavy Canadian economy.