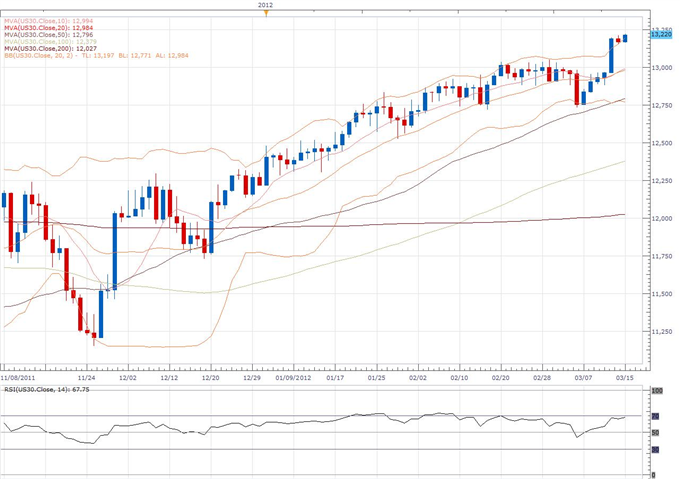 Technical: The market remains exceptionally well bid and while we continue to project a bearish reversal ahead, there is no clear sign of any such development just yet. We had been looking for a break back below the 20-day SMA to confirm our bias but this proved to be a faulty signal and we will now defer to a break below the 100-Day SMA for bearish confirmation. Until then, the uptrend remains intact.

Fundamental: The Fed’s reluctance to mention any future reversal of its current ultra accommodative policy has investors scrambling to borrow more cash to (possibly artificially) prop US equity markets. Meanwhile, the fallout from an incriminating New York Times op-ed by an ex-Goldman Sachs employee continues on Wall Street, with the investment banking giant losing $2.15 billion of its market value. Elsewhere, private equity profits remain on the line as President Obama continues to urge for higher taxes on equity managers’ compensation. 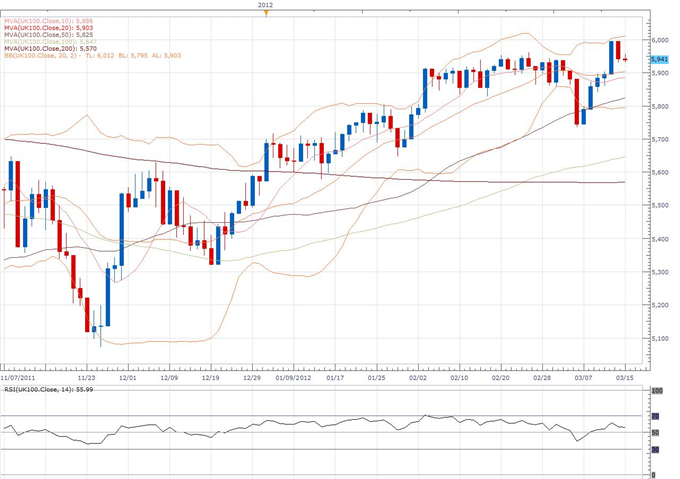 Technical: Although the market has managed to mount an impressive rebound since breaking down from 2012 highs at 5,964, we see any additional rallies as limited, with the greater risk for the formation of an interim top around psychological barriers at 6,000. Look for a break back below 5,900 to help confirm outlook.

Fundamental:Days before Chancellor of the Exchequer Osborne is set to present his annual budget, Fitch has revised its sovereign rating outlook for the UK to negative. The rating agency said risks losing its top investment grade because of its limited ability to deal with market shocks.Meanwhile, a chief government scientific advisor has said the UK is heading for power blackouts within five years unless the government devises a better strategy to build new nuclear plants. 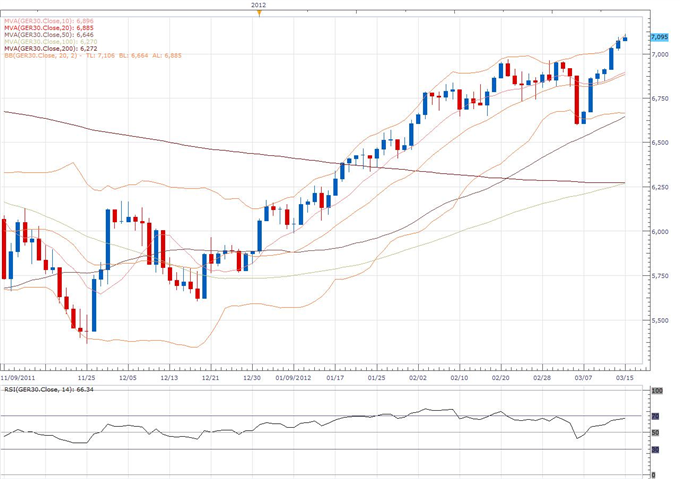 Technical: While the market has managed to post a significant recovery rally and extend gains to fresh 2012 highs, we still see the prospects for recent rallies beyond 7,000 as limited with the greater risk for the formation of a medium-term top in favor of a deeper decline over the coming weeks. Look for a break and close back under 7,000 to confirm and accelerate.

Fundamental: European equities have been remaining strong, as delays in the Greek bailout have caused the primary burdens to shift away from banks and onto taxpayers. The European Central Bank in its monthly report today said it sees signs of stabilization in the economy. Officials said that given these signs, the central bank will look to exit its current crisis measures in a “timely” manner. 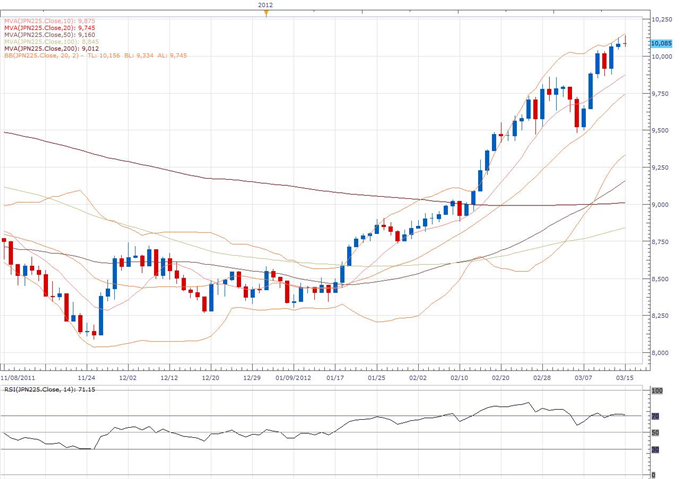 Fundamental:Markets remain incredibly well bid in Japan, with the Nikkei extending to an eight-month high. The Yen today dropped to an 11-month low against the US dollar. Solid US economic growth was thought to be behind the move, which boosted the outlook of exporters concerned with foreign purchasing power in Japan. 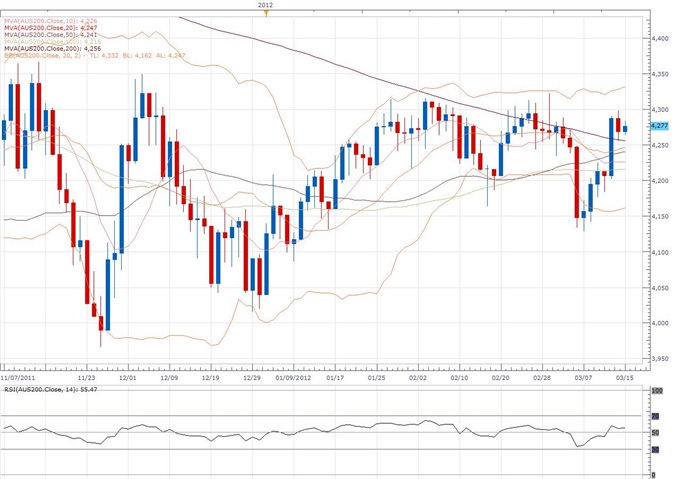 Technical: Rallies have been well capped by 4,300 as we had anticipated and the market is in the process of rolling back over in favor of a bearish decline towards 4,100. A break below 4,100 will then accelerate setbacks and expose 4,000 further down. Ultimately, only a daily close back above 4,315 gives reason for pause.

Fundamental: Aussie equity markets seemed unaffected by an overnight weakening in the Australian dollar and Kiwi caused by a weakening in New Zealand consumer confidence ahead of today’s US jobless claims report.