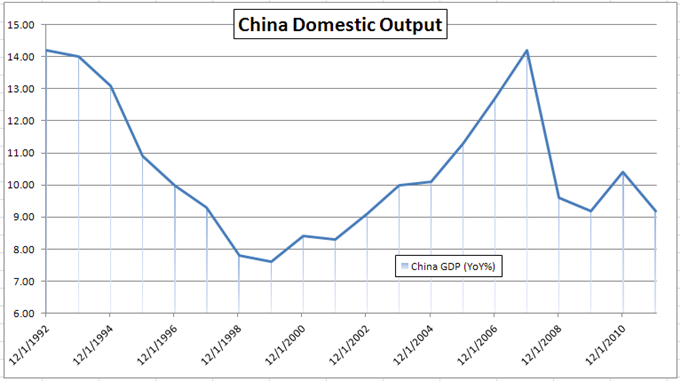 Although there were some improvements in outlook for the overall Chinese economy, including a reduced local debt load, the most important target was a lower GDP growth target of 7.5% for 2012, the lowest level since 1999. The Ministry of Finance cautioned that continued European weakness could contribute to lower demand for Chinese exports, while indicating that the growth of domestic demand could counter too large of an impact on GDP.

With an inflation target of 4% for the rest of the year, the government’s fine tuning policies for price levels seem to have reached an equilibrium point. While food inflation remains a problem for large cities, the Ministry of Finance indicated possible measures to “bring housing prices back to a reasonable level,” possibly resulting in relaxed property laws. Monetary reforms including interest rates reforms and gradual reforms of the yuan’s exchange rate policies. While these reforms do appear to be beneficial for domestic companies, the overall theme that highlighted the Premier’s speech was a shift away from exports and more focus on growing the domestic economy. 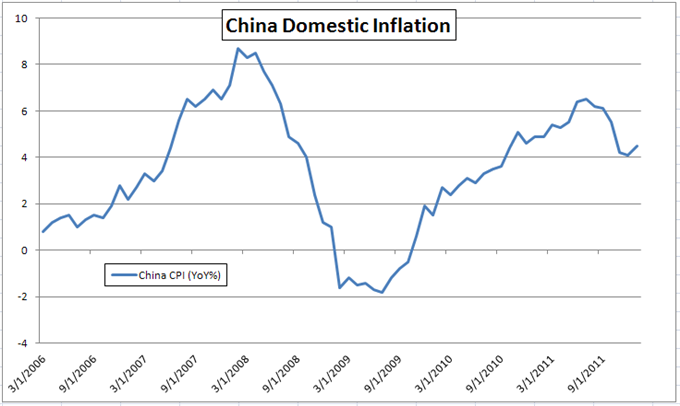 At the time of writing, markets were relatively quiet and tracking lower. The Australian and New Zealand dollars led majors lower against the US dollar, falling 0.145% and 0.101% respectively. While Asian bourses are relatively weaker, the basic materials sector of Australia’s benchmark ASX200 has dropped around 1%, citing concerns of weaker raw materials imports over the coming year. 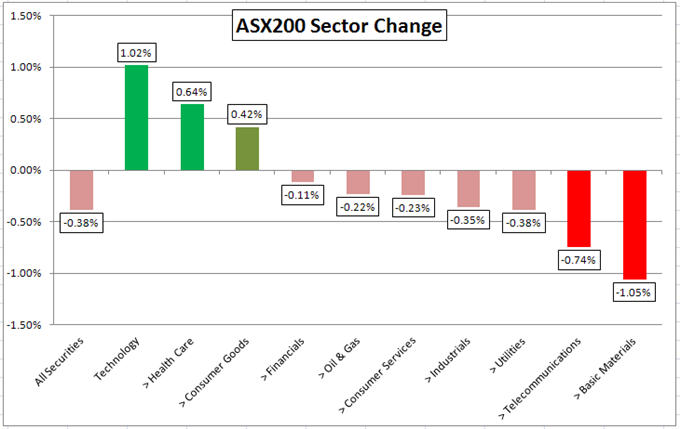