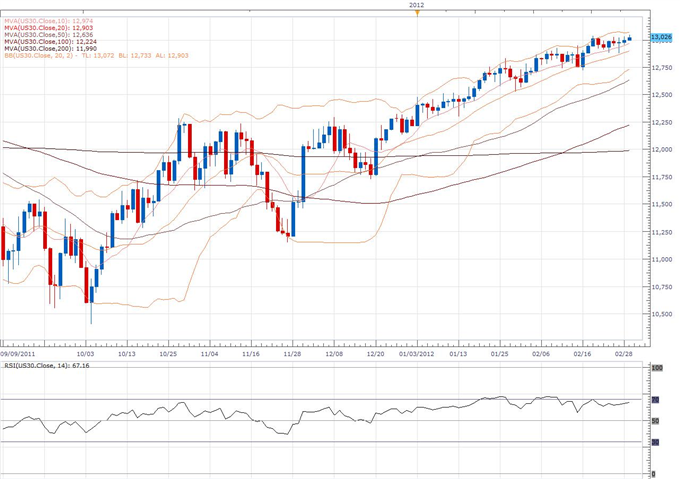 Fundamental: Markets continue to be well supported, rallying yesterday after setback earlier in the day. Ultralow rates from the Fed are thought to be providing an added push to sentiment. Markets await the impact of US Q4 GDP today, with the weakening market for U.S. Treasuries signaling that the economic recovery may be poised to weaken even as consumer confidence rises toward pre-recession levels. 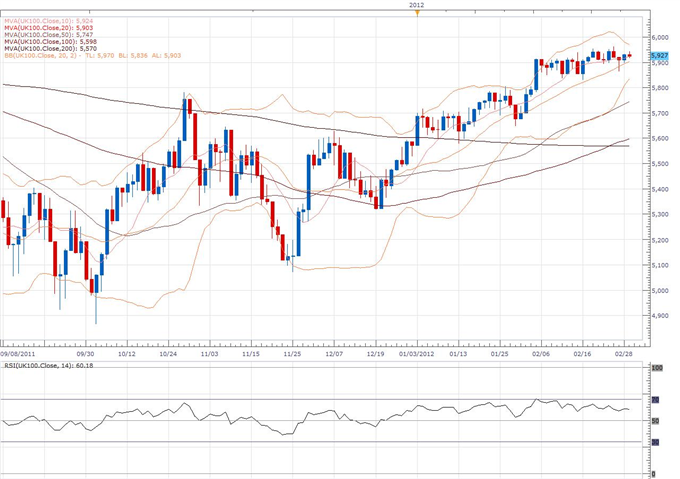 Fundamental: UK stocks continue to be well supported, propped by rising retail sales in February. Meanwhile, an index of consumer confidence sentiment today held at its highest since June. However, Bank of England Governor King recently said that economic recovery amid Europe’s debt crisis will be “slow and uncertain.” 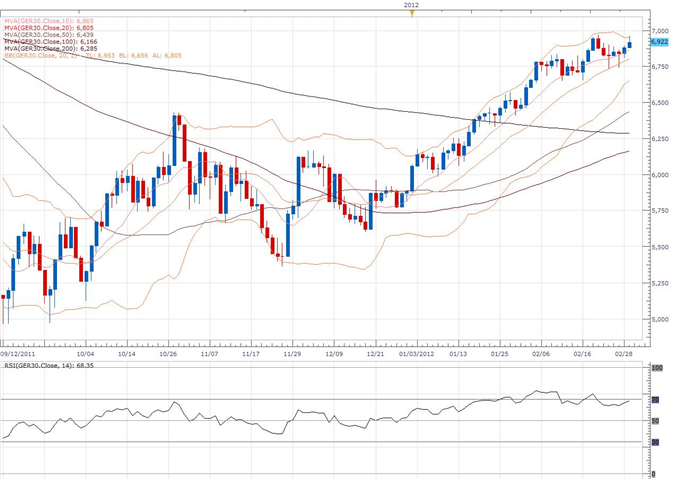 Fundamental: The European Central Bank handed out more money than expected to 800 banks today in a bid to increase market liquidity. 800 banks participated in the bid, as opposed to 523 in December. Meanwhile, German unemployment held at 6.8% in January, the German stats bureau said today. The figure represents a twenty year low in unemployment. 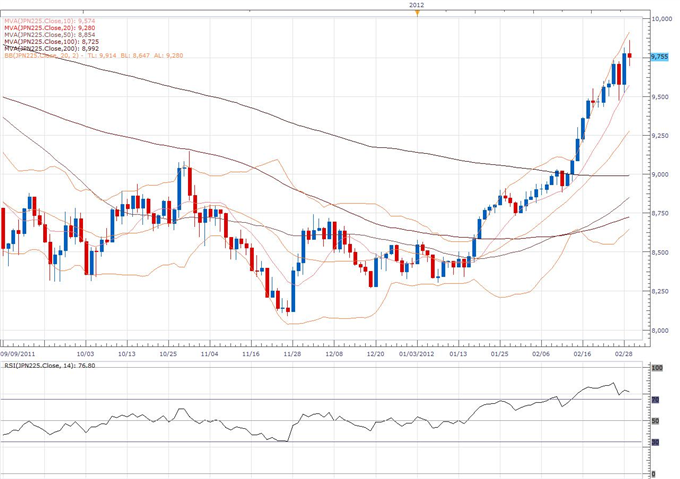 Technical: Daily studies are finally starting to correct from violently overbought levels and we would recommend that bulls proceed with caution over the coming days. From here, short-term risks are tilted to the downside so that technical studies can unwind from these overextended readings. Look for a pullback towards the previous resistance now turned support by the 200-Day SMA in the 9,000 area before considering possibility of a bullish resumption. Wednesday’s high by 9,863 could now represent a meaningful short-term top.

Fundamental:Amid a booming market, the Bank of Japan’s Shirakawa today said the BOJ will “pursue strong monetary easing.” Stocks have recently climbed sharply on the back of increased quantitative easing from the Bank of Japan. The freefalling Yen has seen its steepest drop in two years, a development which is expected to continue bolstering the outlook of exporters into the coming weeks. 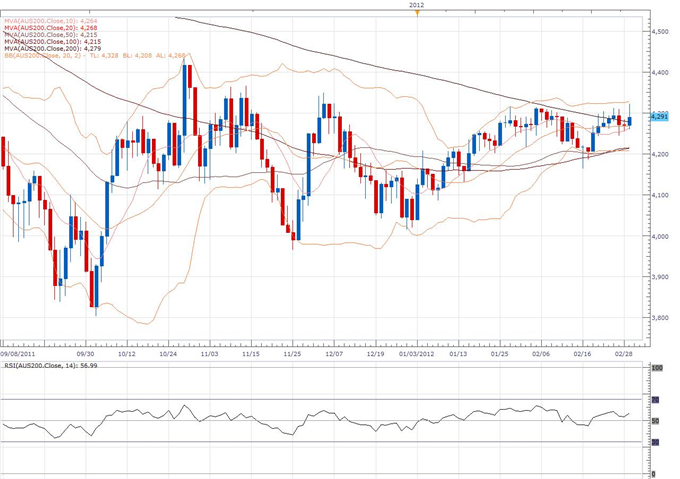 Technical: Rallies have been well capped above 4,300 as we had anticipated and the market is in the process of rolling back over in favor of a bearish decline towards 4,165. A break below 4,165 will then accelerate setbacks and expose 4,100 and the 4,000 further down. Ultimately, only a daily close back above 4,315 gives reason for pause.

Fundamental:After winning a leadership ballot two days ago, Australian Prime Minister Gillard today said she’s working on a new cabinet lineup. She gave no further indication on the matter. Meanwhile, the commodity-correlated Australian economy may soon feel the brunt of the economic tumble in the US, with oil falling the most in more than five weeks as U.S. orders for durable goods dropped in January.