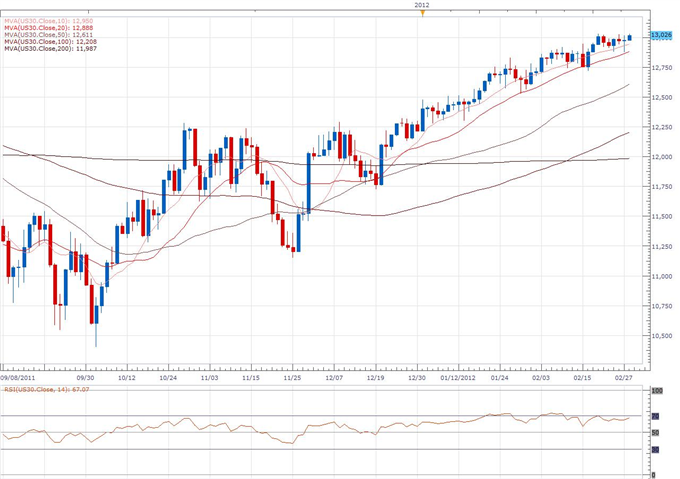 Fundamental: Markets continue to be well supported, rallying yesterday after setback earlier in the day. Ultralow rates from the Fed are thought to be providing an added push to sentiment. Markets await the impact of US durable goods orders and consumer confidence today. The S&P 500 has climbed 4.2 percent in February, and is heading for its third positive month amid a slew of better than expected economic data out of the US. 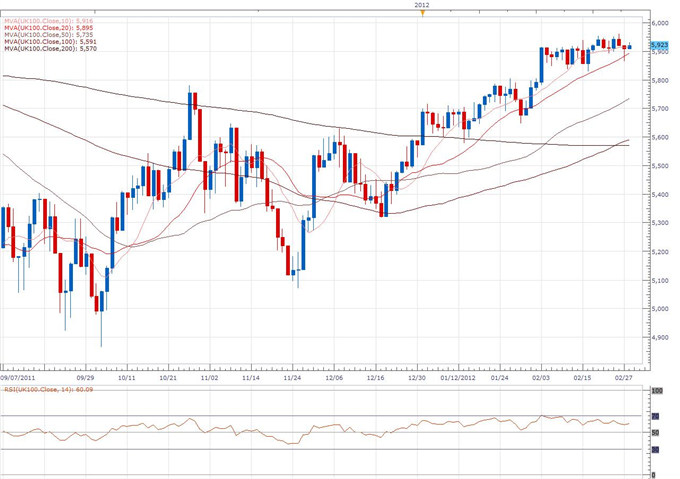 Fundamental: UK stocks staged a late rally yesterday and continue to be well supported. Retail sales rose in February to their highest in eight months, a UK statistics bureau said today, adding that a jump in food sales masked underlying weakness in the economy. Meanwhile, the UK’s largest homebuilder by market value Persimmon gained the most since 2008 today after announcing a plan to return 1.9 billion pounds to shareholders by 2021. 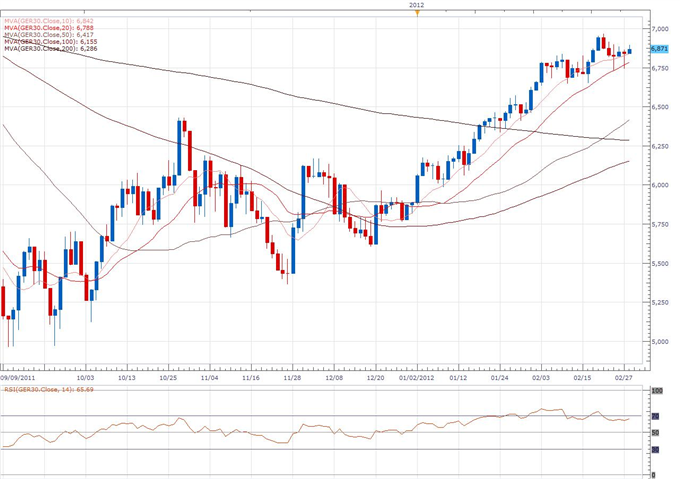 Fundamental: European stocks rose today as economic confidence in the euro area improved more than expected in February. Germany’s approval of the Greek bailout overnight was also thought to be bolstering sentiment here. Germany has pushed for increased IMF involvement in the bailout, but IMF officials have hesitated to commit. 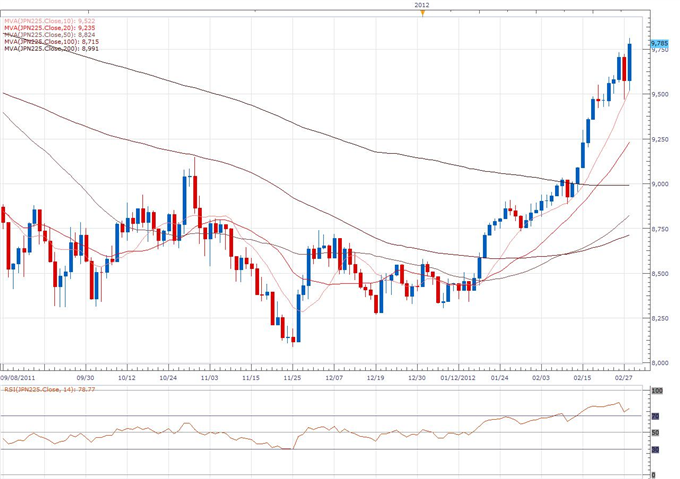 Technical: Daily studies are finally starting to correct from violently overbought levels and we would recommend that bulls proceed with caution over the coming days. From here, short-term risks are tilted to the downside so that technical studies can unwind from these overextended readings. Look for a pullback towards the previous resistance now turned support by the 200-Day SMA in the 9,000 area before considering possibility of a bullish resumption. Selling rallies towards 9,750 is the preferred short-term strategy.

Fundamental:Japanese stocks continued to reach for the skies today, rallying strongly as the Yen pared earlier gains. Stocks have recently climbed sharply on the back of increased quantitative easing from the Bank of Japan. The freefalling Yen has seen its steepest drop in two years, a development which is expected to continue bolstering the outlook of exporters into the coming weeks. 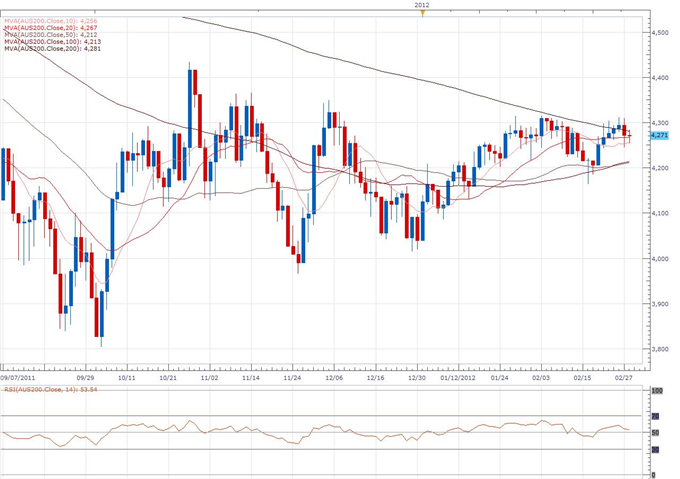 Technical: Rallies have been well capped above 4,300 as we had anticipated and the market is in the process of rolling back over in favor of a bearish decline towards 4,165. A break below 4,165 will then accelerate setbacks and expose 4,100 and the 4,000 further down. Ultimately, only back above 4,315 gives reason for pause.