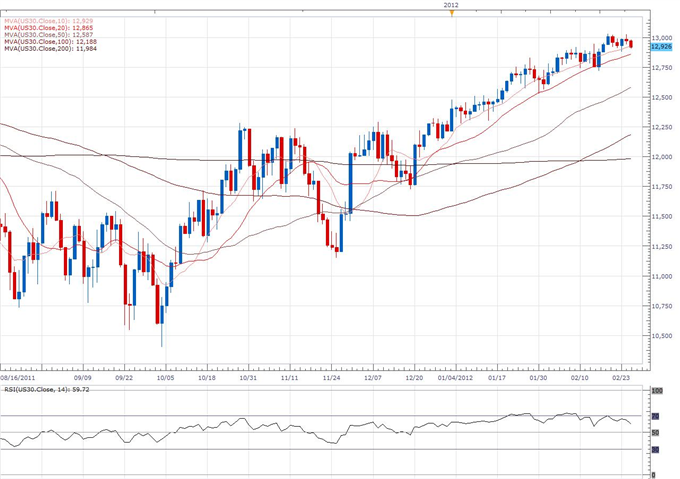 Fundamental: Markets continue to be well supported despite recent setbacks, with ultralow rates from the Fed thought to be providing an added push to sentiment. Markets await the impact of US housing data today. Meanwhile, a number of large banks including Wells Fargo and Bank of America are set to get protection for $308 billion of home equity loans that they hold. 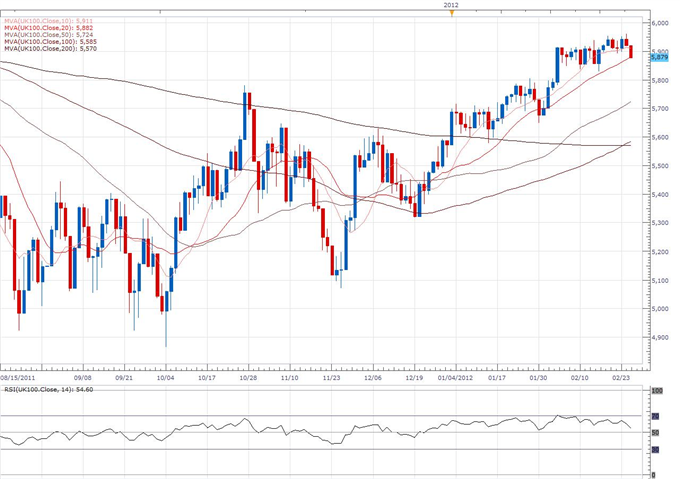 Fundamental: Despite losing ground in recent sessions, UK stocks are rallying just as much as the rest of the world in the best start to a year since 1998. This comes despite analysts cutting earnings forecasts for a number of key companies. The world’s largest bank by market capitalization HSBC today said it is on a “clear trajectory” to its targets, despite posting profits that missed analyst estimates. 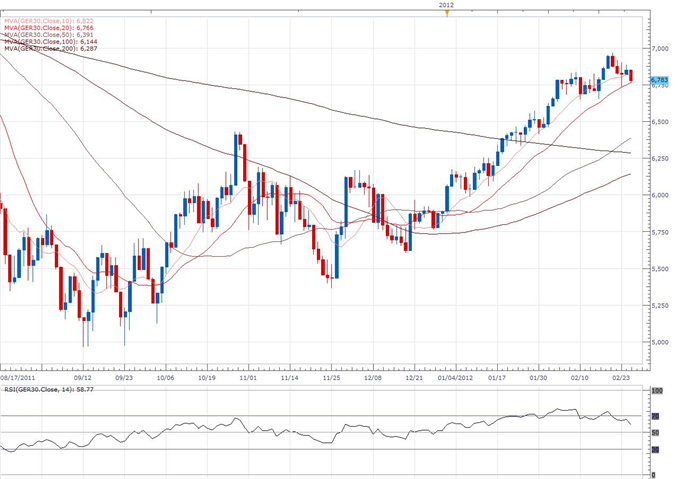 Fundamental: German markets are down after the G20 leaders refused to commit to encouraging IMF funding for the Greek bailout. Germany has pushed for increased IMF involvement. Meanwhile, European Central Bank President Draghi today said he expects banks to increase credit supply as confidence returns to financial markets. Elsewhere, automotive giant Volkswagen is reportedly close to buying the remainder of shares in Porsche that it does not already own. 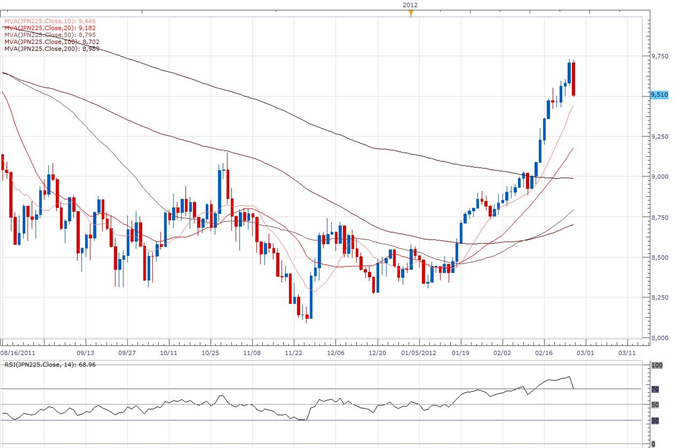 Technical: Daily studies are finally correcting from violently overbought levels and we would recommend that bulls proceed with caution over the coming days. From here, short-term risks are tilted to the downside so that technical studies can unwind from these overextended readings. Look for a pullback towards the previous resistance now turned support by the 200-Day SMA in the 9,000 area before considering possibility of a bullish resumption.

Fundamental:Stocks have come off hard after skyrocketing on the back of increased quantitative easing from the Bank of Japan. The freefalling Yen is seeing its steepest drop in two years, a development which is expected to continue bolstering the outlook of exporters into the coming weeks. Elsewhere, the last Japanese maker of computer-memory chips Elpida filed for bankruptcy in the nation’s biggest such case in two years. The company recently failed to win a second government bailout. 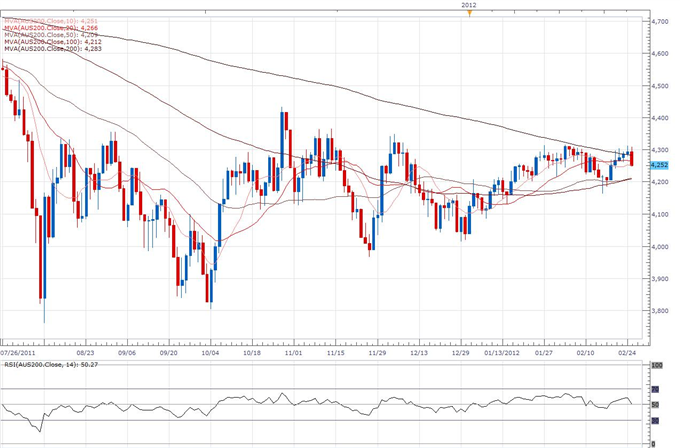 Technical: Rallies have been well capped above 4,300 as we had anticipated and the market is in the process of rolling back over in favor of a bearish decline towards 4,165. A break below 4,165 will then accelerate setbacks and expose 4,100 and the 4,000 further down. Ultimately, only back above 4,315gives reason for pause.