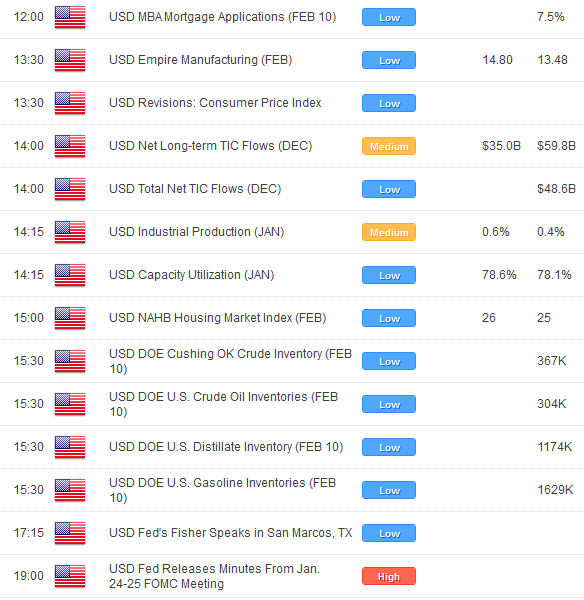 Risk correlated assets remain very well bid on any form of a dip in 2012 thus far, and higher yielding currencies like the Australian and New Zealand Dollars continue to outperform as a result. Though we remain skeptical with the prospects for any significant additional strength in these markets, for now, it is best to stay sidelined until the choppy trade figures itself out. Economic data out from both Australian and New Zealand have been solid on Wednesday to further the relative outperformance in these currencies. In the broader scheme of things market participants seem to be finding comfort in the latest comments from China in which the country has talked of upping its exposure to the Eurozone.

Relative performance versus the USD Wednesday (as of 11:50GMT)

Moving on, headlines relating to Greece were all over the European session, with doubts surfacing on the country’s ability meet all necessary conditions for bailout. But the Greece news and some consensus Eurozone GDP failed to factor into price action, while solid auction results from Portugal were see as somewhat supportive. Finally, employment data out of the UK was mixed, while the BOE inflation report revealed a firmer than expected CPI forecast of 1.8% in two years.

Still, we see risk correlated assets exposed over the coming days, with global equities looking technically overdone and poised for a more sizeable corrective retreat. At this point, it is hard to anticipate the potential catalyst, but we will most certainly be on the lookout. Elsewhere, the big story in the FX market has come out of Japan, where the Yen has been making some serious moves that could help define the longer-term outlook for the currency. USD/JPY has broken back above the 200-Day SMA for the first time in several months, while also managing to break to fresh 2012 highs beyond 78.30. Next key resistance comes in by the October highs at 79.55 and we look for a test of this level over the coming sessions. The move by the BOJ on Tuesday to increase its quantitative easing policy has been driving the relative underperformance in the Yen which is a very welcome development for Japanese officials who have been discomforted by the rapid appreciation in the local currency in recent years. 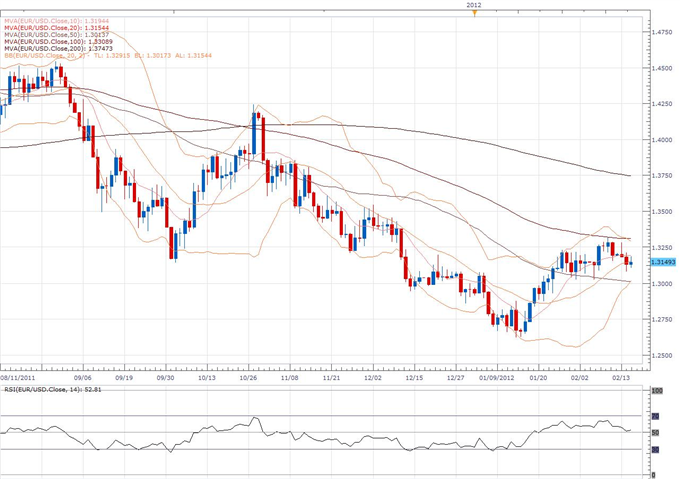 EUR/USD: Remains locked in a choppy consolidation with the market now needing a break back above 1.3325 or below 1.3025 for clearer directional bias. Overall, our core outlook remains bearish and we are on the lookout for the formation of a fresh medium-term lower top ahead of underlying bear trend resumption off of the 2008 record highs. At this point, we are sidelined but would not rule out the possibility for a move towards 1.3500 before gains eventually stall. 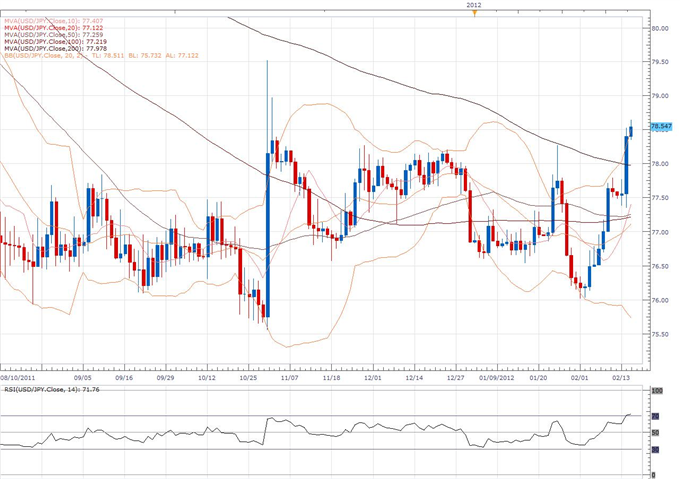 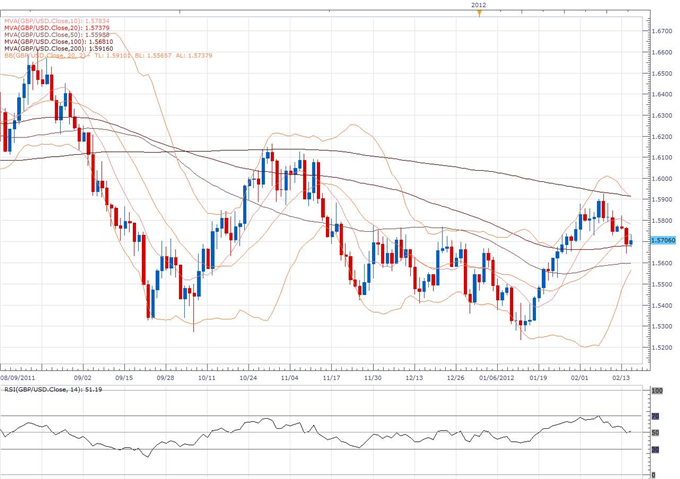 GBP/USD: Gains have stalled out just shy of the 200-Day SMA for now and the market looks to be entering a fresh period of consolidation before considering the next major move. Key levels to watch above and below come in by 1.5930 and 1.5645 respectively, and a daily close above or below will be required for clearer directional bias. A close below 1.5645 could open the door for some broader underlying bearish resumption, while back above 1.5930 exposes the October highs by 1.6170 further up. 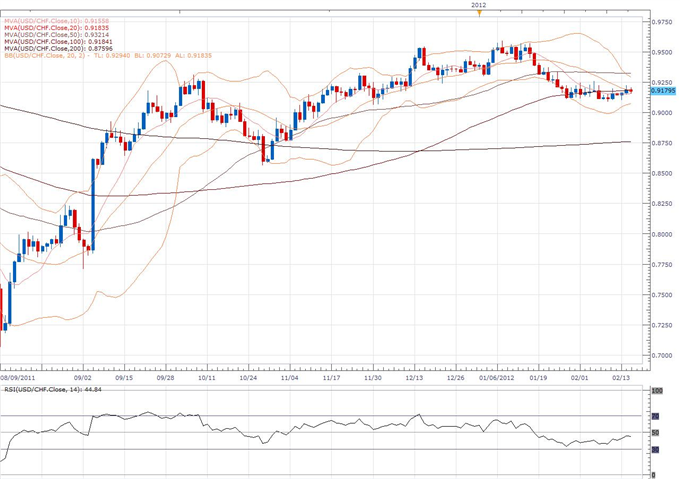