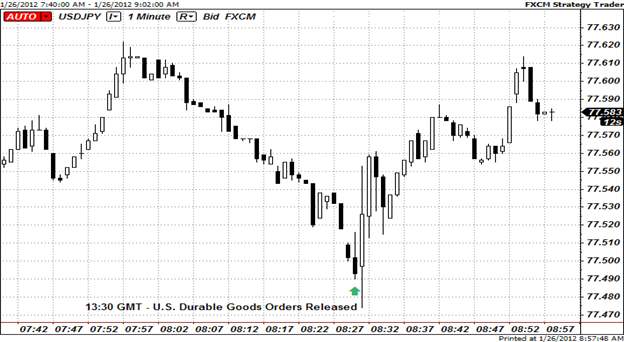 U.S. durable goods orders rose by 3.0 percent in December, beating expectations. The median forecast according to a Bloomberg News survey showed an expected rise of 2.0 percent. November figures were revised from 3.8% up to 4.3%. Growth was led by demand for commercial aircraft, autos, and communications and business equipment, signaling further manufacturing gains. Unfilled orders rose by 1.5%, an encouraging indicator for future demand for manufacturing.

Orders for durables excluding transportation equipment rose by 2.1 percent, exceeding the 0.9 percent forecast and showing a significant increase from November’s figure of 0.5 percent (revised from 0.3 percent). Orders for non-defense capital goods excluding aircraft increased by 2.9 percent, the most since March, after a 1.2 percent decline in November. Shipments of non-defense capital goods, which is used in calculating gross domestic product, also increased by 2.9 percent, after a 1 percent decline in November.

In the minutes after the data release, the U.S. Dollar strengthened against the Japanese Yen, rising from 77.490 towards 77.610, reflecting the positive fourth quarter growth figures. 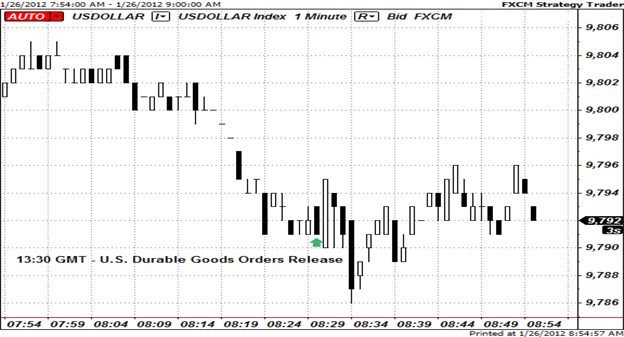 In the minutes following the data release, the U.S. Dollar Index (Ticker: USDOLLAR) strengthened from 9791, climbing towards 9798 at the time of this report. The rise was led by USD gains against the Japanese Yen and Australian Dollar.