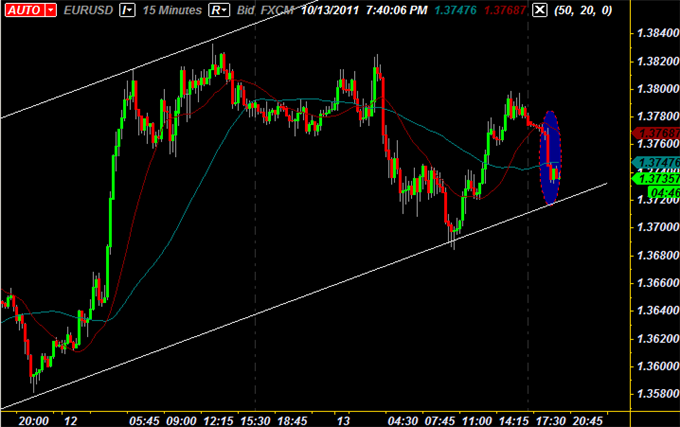 Just this past Friday, Fitch Ratings announced it had downgraded Spain (a back-to-back rating cut with Italy); and the Euro reacted by halting its advance and setting upon a modest retracement. This was very similar to the market’s reaction to the Standard & Poor’s announcement of a downgrade early in the Asian trading session today. The fundamental blow to the region and currency is the same – an explicit spread of the Euro-area’s financial troubles. However, considering this is a subsequent downgrade to a preceding move from another agency and given the general lack of momentum behind risk trends; the impact from this particular event will be limited.

Similar to the move by Fitch last week, Standard & Poor’s lowered the Kingdom of Spain’s rating a notch from ‘AA’ to ‘AA-’ while keeping the outlook ‘Negative’ (indicating a greater probability for the next move to be a cut, and on a shorter time frame). The group cited the potential decline in economic growth that keeps unemployment elevated (the country has one of the highest unemployment rates of the developed world) and the likely deterioration in the country’s bank assets.

In terms of its general health, a rating within the AA range suggests a very low probability of repayment issues on the debt exposure. That said, hits to the region’s stability have been pervasive and have come quickly. We have seen multiple downgrades to Spain, Italy, Portugal, Ireland and Greece over the past year; and Moody’s has explicitly warned that all but the most robust regional performers will likely see further downgrades going forward.

For trading purposes, this particular downgrade will not likely act as a critical catalyst as market participants have already priced in a lot of the pain that this move implies. The euro has retraced significantly from its April highs as a spreading sovereign (and now bank level) crisis infects asset prices and confidence. To elevate this to the next level of a severe crisis, Spain would likely have to see the yield on its benchmark 10-year note surpass 7 percent (the level that the market expects policy officials to step in with a bailout). As we can see in the graph below; we are still well below that milestone.

In the meantime, we should keep a close eye not on the developments of Europe itself (we have seen Fitch downgrade multiple European banks this past 24 hours while Slovakia finally rounded out the 17 votes the region needed to approve the EFSF expansion); but rather on underlying sentiment itself. Should confidence fade and risk aversion set in, the negative pressure on the most fundamentally troubled regions will have a greater impact on price action. 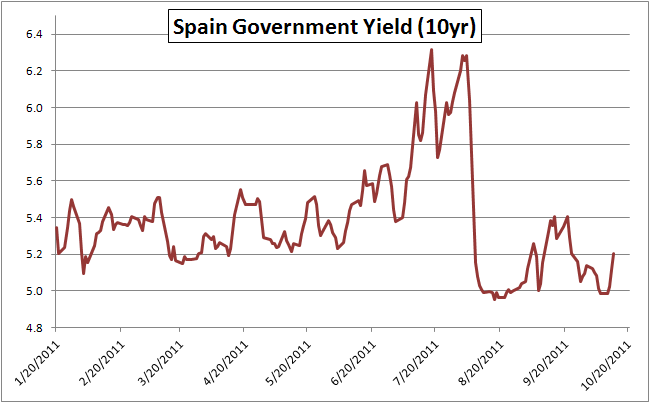 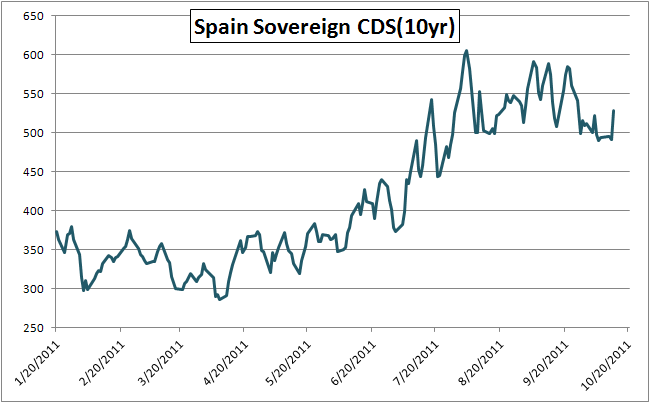