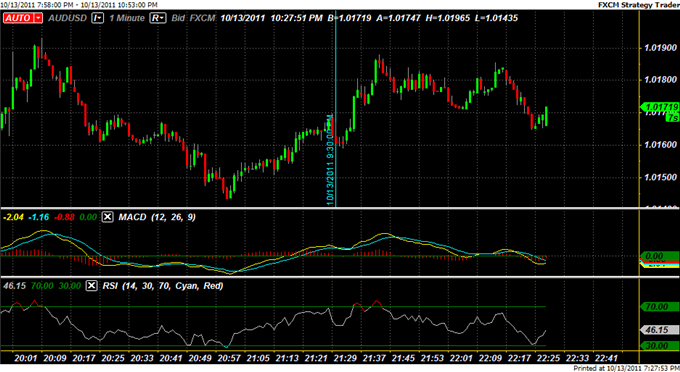 THE TAKEAWAY: Chinese CPI continues to moderate > Prospect of a pause in monetary tightening > Aussie, Kiwi continue to trend higher 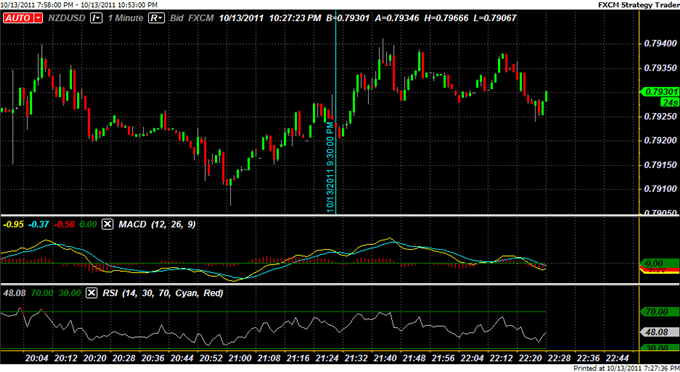 The Australian and New Zealand Dollars continued to trend higher versus the US Dollar after CPI figures from China suggested that inflation is continuing its moderating trend. Both currencies had already been strengthening on a technical rebound from oversold levels. At the same time, the more benign CPI data implies that Chinese policymakers may be able to pause on further monetary tightening at a time of economic slowdown in the South Pacific nations’ top export market, providing another boost to the Aussie and Kiwi.

The latest data print showed that overall consumer prices rose 6.1 percent from a year earlier, representing the second consecutive moderation in the inflation rate since CPI peaked at 6.5 percent YoY in July. Food prices continued to drive the price increase, rising 13.4 percent YoY, unchanged from August and down from July’s 14.8 percent rate. A separate data release showed that PPI rose 6.5 percent from a year earlier in September, moderating from last month’s 7.3 percent increase.

The continued deceleration in price increases suggests that both the global slowdown and measures taken by Chinese policymakers are having a cooling effect on the economy. Trade data released on Thursday showed a second consecutive decline in China’s trade surplus, suggesting a slowdown in the coming months for the export-dependent economy. Meanwhile, the People’s Bank of China has raised interest rates three times and hiked the mandatory reserve ratio for major banks by 300 basis points this year, leading to tighter credit conditions and placing a further dampener on economic activity. As a result of these two factors, recent economic data has surprised on the downside, according to the Citigroup Economic Surprise Index. 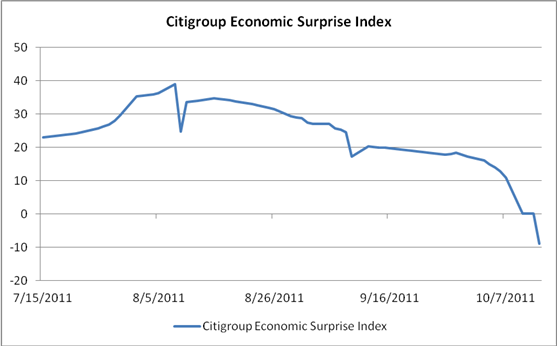 While the Australian and New Zealand Dollars rose following the data release, the continuing uncertainty surrounding Europe and oscillating risk sentiment will continue to weigh on the two risk-correlated currencies. With S&P’s recent downgrade of Spain’s credit rating and ongoing scrutiny of the health of European banks, factors beyond China will continue to drive the Aussie and the Kiwi.