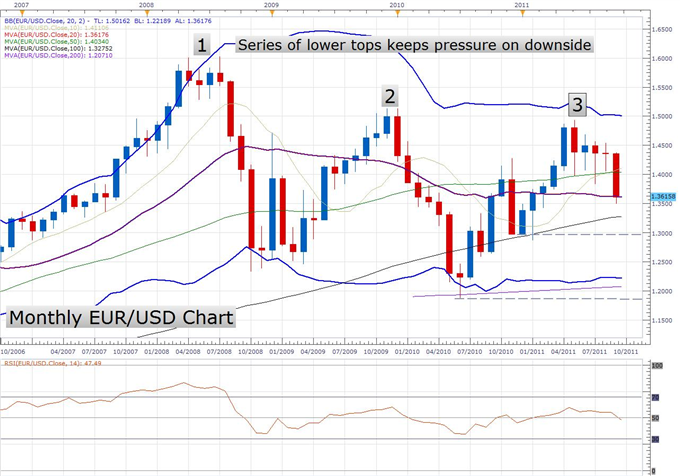 THE TAKEAWAY: German producer prices & Swiss trade balance both softer > No market reaction as focus lies solely on EMU and euro > EURUSD on back foot after overnight developments

German producer prices in August came in softer than expected across the board. From July prices fell by 0.3% missing expectations of an unchanged showing (0.0%) while on the annual front prices rose 5.5% less than consensus forecasts of 5.8%. The monthly contraction in producer prices was the first drop since December 2009 and similar weakness was seen in the annual numbers which posted the lowest rise since December 2010. With economic activity in the EMUs largest economy slowing in Q3 as global demand for German goods drops amid a global growth slowdown producer prices, PPI and CPI are all likely to drop back from the frothy levels they had been at in recent months.

Elsewhere, also released this morning were Swiss trade figures which showed sharp declines in August, which was before the SNB directly intervened to weaken the franc and we saw Eur/Chf near parity. The toll of franc strength on exports was blunt with exports falling a massive 7% in August – the biggest decline since the December 2008 record - as Swiss goods became more expensive in lieu of franc strength and less attractive. This directly impacted the trade balance for the month which fell by 2-billion francs to a surplus of 0.81B from 2.81B in July, marking the lowest surplus since August 2010. It will be interesting to see how exports rebound in September in the aftermath of the artificial weakening of the franc by the SNB early in the month.

Neither of these releases were seen impacting price action greatly this morning as focus remains solely on the EMU and its debt crisis. In the aftermath of S&P’s downgrade of Italy and Greek newspapers reporting that the Greek PM is considering a referendum on whether to stay in the euro-region risk aversion dominates trade with the USD and JPY as outsize winners.

With the euro in the process of carving out its third lower top in a series which dates back to the record highs in 2008 and with increasing fundamental pressure on the euro for the aforementioned reasons the focus remains solely on the downside. The initial downside target coming in at 1.3000 and a secondary target at range lows posted in mid-2010 which lie just below 1.2000. For a full technical outlook.