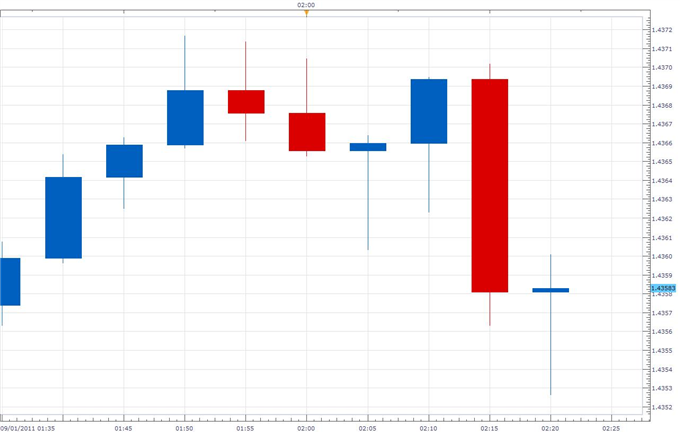 German Q2 GDP was confirmed this morning at 0.1% q/q and 2.8% y/y in its final print. Also released with the final print was the breakdown; exports came in better than expected at 2.3% but were accompanied by a mild downward revision to Q1’s numbers and imports rose 3.2% higher than forecasts of 2.3%. While the trade components were healthy on the domestic front things were less rosy with capital investment rising by less than expected and construction investment falling into contraction territory. Government spending meanwhile rose by more than expected. On the consumer front, things were even worse with private consumption falling 0.7%, more than forecasts of 0.2% and domestic demand slumped to 0.4% from 1.1% in Q1, these soft consumption readings come as little surprise after yesterday’s poor retail sales showing which come despite a still healthy labour market.

The string of softer components amounted to the weak looking headline growth figure of a meager 0.1% in Q2, which now confirmed, marks the slowest growth for the EMUs largest economy since returning to positive growth back in Q3 2009. The German economy has been steadily slowing in recent months and the Q2 GDP reading was to be expected in the aftermath of slowly easing PMI, ZEW and IFO surveys which all now point to a protracted slowdown in Q3. The latest batch of PMI data is due out later today at 07:55GMT and is expected to show an unchanged reading from its flash showing of 52.0. The question, however, that everyone is asking is will Germany manage to maintain positive growth as global growth shifts down a gear and demand for German exports evaporates?

The weak final showing of German GDP invoked a bearish response in the euro which dipped to touch fresh daily lows by 1.4350 intraday. With little hope for any pick up in the quarter ahead the outlook for the euro could worsen dramatically should German growth really be threatened. Since Germany embodies the shining light of the euro-region, its growth has helped drag others out f recession and its bailout funds are dearly need – should this shining light even flicker the repercussions across the region could be devastating. 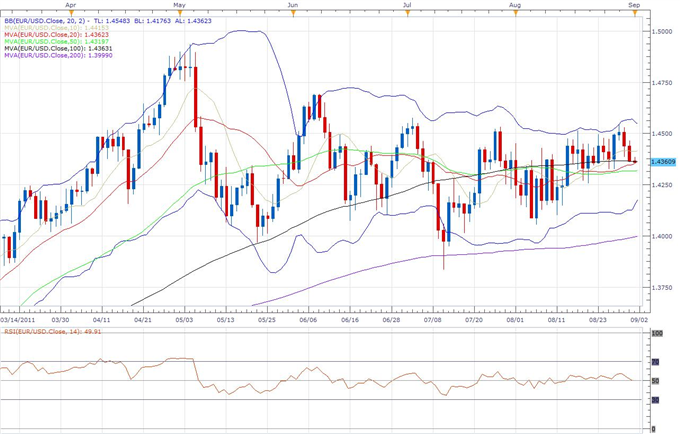 With this fundamental threat hanging over the euro and the EMU, which is likely to be badly hurt by the slowdown forecast in Q3 the medium-term outlook for the euro remains somewhat unclear. Having broken its series of lower tops in the early week most technicians pontificating about the possibility of a false break with the bearish trend still in tact. At this juncture it remains unclear if the break of this trend was real or a head fake by with such weak underlying fundamentals we find it difficult to get behind the idea of a euro rally towards 1.5000 at this time.