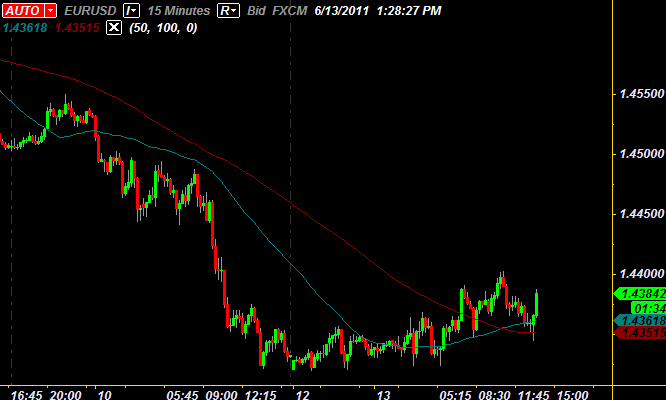 Greece is at the forefront of the Euro Zone’s financial troubles; yet its influence on the euro’s health seems to be waning. Monday evening, ratings agency Standard & Poor’s announced it had cut Greece’s sovereign credit rating three levels from B to CCC – its lowest level. Yet, the reaction from the euro itself, seemed relatively mute.

In the charts we see below, we can see that both EURUSD (the most liquid currency pair) and EURCHF (the preferred line of safe haven capital flows in the European region) were both moderately higher after the news. What does this mean? Is there no risk assigned to Greece potentially defaulting when it comes to the broader region and the euro specifically? No. A technical default is untested waters for investors in Europe and the euro; but that uncertainty allows for some level of confidence that policy officials will be able to establish some new form of rescue. More importantly for the short-term implications of price action, the market was expecting this move. 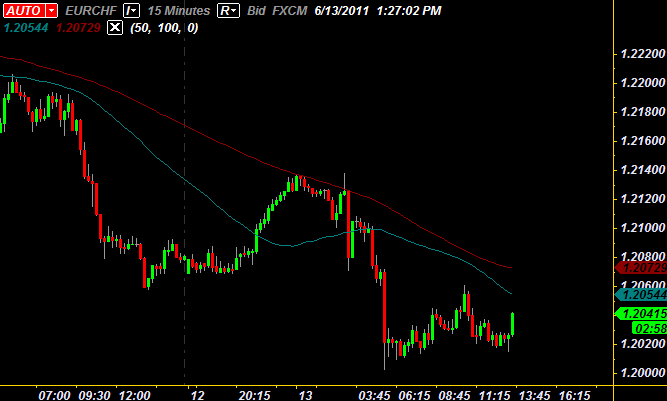 The primary reason for the market’s lack of reaction to such significant news as the most financially-troubled EU member moving closer to default is that the market has already anticipated the event. Standard & Poor’s is following up on downgrades to the nation’s sovereign rating by both Moody’s and Fitch in past weeks. This allowed the market time to debate the impact of such a move and price it into the euro’s value.

Nonetheless, this development is another shack to the market reality that a member of the Euro Zone will most likely default in the foreseeable future. According to Standard and Poor’s the CCC rating it has applied to the nation means there is a “significant likelihood of one or more defaults” and a general restructuring seems “increasingly likely.” The negative outlook further suggests it is a matter of time before the group has to apply an ‘SD’ rating which reflects a selective default on some obligations.

In the past weeks we have seen heavy debate on how or if Greece will receive additional aid. Officials seem to agree that additional assistance is needed; but there are few means for doing this without those funding the bailout taking on additional, blind risks or otherwise demanding some additional guarantee that would push the country into a technical default. The current discussion surrounds involving the private sector unanimously accepting a debt rollover that would see their current holdings expire whereby they immediately purchase new bonds. The likelihood that there is a unanimous agreement to do this is exceptionally low as the risk of future default is still exceptionally high. If any party decides not to accept the terms, no other holders would want to be stuck with another three years of uncertainty. And, if anyone is forced to hold its obligations – that would constitute a technical default. Furthermore, Germany wants to extend the maturity out to seven years which would be a technical default as conditions are worse than the originally establish term suggested; and ECB President Trichet has said he has no intention to roll the bank’s holdings forward.

In the graphs below, we can see the significant risk priced into the market – even if it does not dominate price action for the euro currently. Credit Default Swap premiums on Greek debt (with a five-year maturity) are at 1086 bps in euro terms – at a record high. This reflects – like Standard & Poor’s has suggested – a high probability of default on a few particular obligations. Furthermore, demand for the nation’s government debt in the market has tumbled to new lows – reflect in the exceptionally high yield on the 10-year government bond. When demand drops, the market requires higher yields to draw interest; and the record 17 percent rate reflects just that. For contrast, the differential with the Germany equivalent (considered the region’s safe haven debt) is back up to its record high. 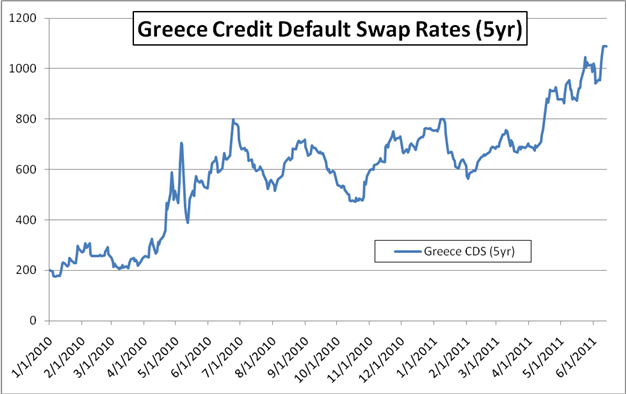 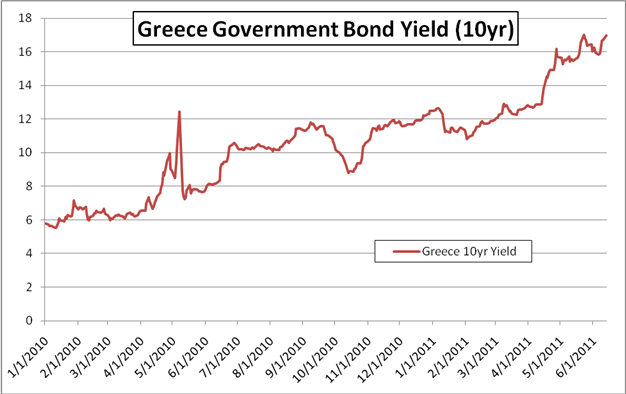 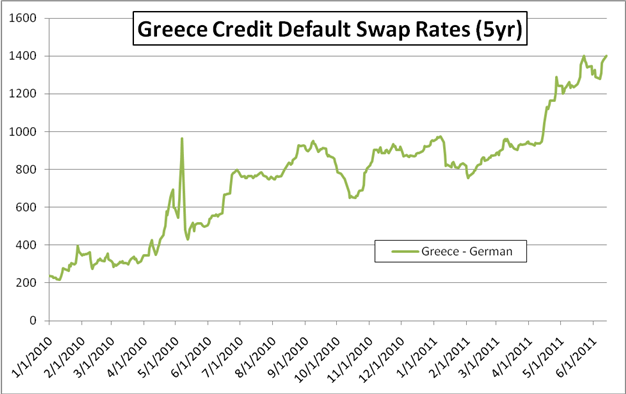 To receive John's reports via email or to submit Questions or Comments about an article; email John at jkicklighter@dailyfx.com.