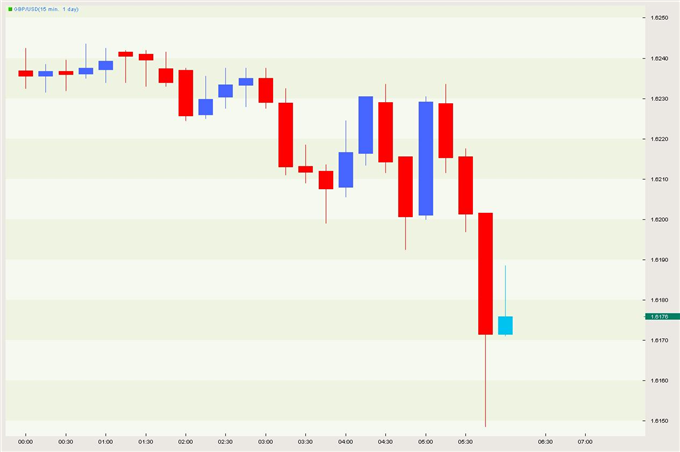 The latest weakness in UK retail sales will serve to raise fears that UK consumers are retreating into their shell plagued by the threat of public sector job cuts and rising petrol costs. The Office of National Statistics (ONS) said this morning that retail sales fell by 0.8% in February, more than the 0.6% decline forecast from the previous month as department store sales dropped the most in two years. From a year earlier, sales grew just 1.3% after climbing 5.1% in January. The breakdown confirms ONS comments that weakness was widespread, with department store sales dropping 3.2%, food sales declining 0.4% and clothing & shoe sales slipping 1.3%.

Consumers are under pressure as inflation continues to accelerate to 4.4%, more than double the Bank of England’s target of 2%. The central bank minutes released yesterday said that there is a “significant risk” of inflation climbing to above 5% in the near term. This coupled with the knowledge that 330,000 public sector jobs are set to slashed in coming months, as the government tries to rein in spending to tackle the nations debt burden, is keeping consumer wallets shut tight as sentiment deteriorates rapidly.

Further grim news for the UK economic outlook came in the form of Moody’s joining Fitch in warning that UK growth is skewed to the downside to endangers the UK’s ‘AAA’ rating. The rating agency stresses that fiscal consolidation is critical to maintain the ‘AAA’ rating.

Sterling spiked lower against the greenback upon the release of the weaker than expected retail sales, compounded by downward revisions to what was originally a bumpy January. After yesterday’s sharp pull-back in Gbp/Usd, culminating in another failure to establish itself above 1.6300, the outlook for the pair remains bearish. While rate hike speculation has been keeping the pound well bid on dips, the weakening outlook for UK growth may put a cap on speculation in the near-term. As some of these speculative bids come out of Cable, we could well see a move back to the key psychological 1.60 level in coming days as players reassess how likely the Bank of England is to act on inflation. Specifically, in light of yesterday’s minutes which revealed the MPC as standing by its assessment that inflation will drop back in the medium-term. We therefore contend that the near-term outlook for the pound is bearish.