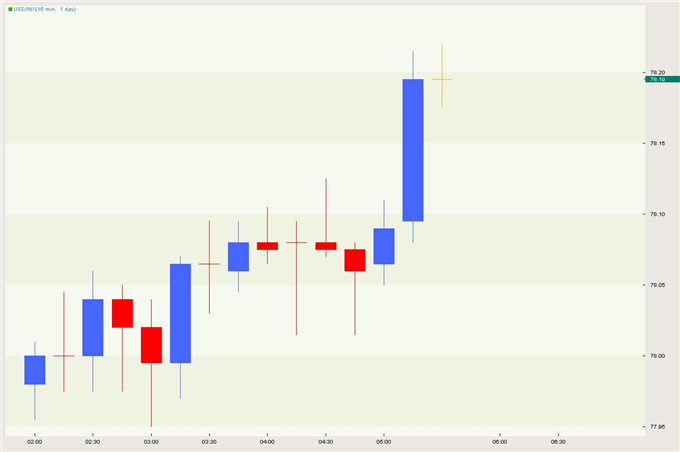 China Raises Banks' Reserve-Requirement-Ratio in Effort to Tackle Inflation; Buck up, Aussie Down

The Chinese central bank, the People’s Bank of China (PBOC), has hiked banks’ reserve requirement ratio (RRR) by 0.50% to 19.5% this morning after having hiked the key interest rate only last week by 0.25%. The move comes as Beijing shifts its focus away from maintaining white-hot growth and attempts to tamp down inflationary pressures. Despite the softer than expected January CPI reading earlier in the week we view the higher than forecast PPI reading as showing that inflation hasn’t subsided and further moves by the central bank are to be expected.

Raising the RRR rate, according to PBOC Zhou, is part of the three-pronged attack to bring inflation under control, along with allowing the Yuan to appreciate and raising interest rates. The reason that the Chinese central bank elects to raise the RRR rate rather than their key interest rate again is because the savings rate in China among citizens is already high and raising interest rates is unlikely to drain much liquidity from the monetary system. Therefore, the administration uses a RRR hike to curtail bank lending activities and remove more liquidity from the system due to the limited effects of hiking interest rates.

The dollar index leapt higher as a result of the hike as is to be expected when the Chinese central bank acts, since investors fear that higher rates could slow Chinese growth which is driving a good deal of global growth and helping the global recovery gain traction. Slower growth in China could spell trouble for other nations which depend on China to consume its raw materials and other goods which could ultimately press some back into recession. Therefore, safe haven plays, like the US dollar normally get a boost after such action and risk exposed plays drop. 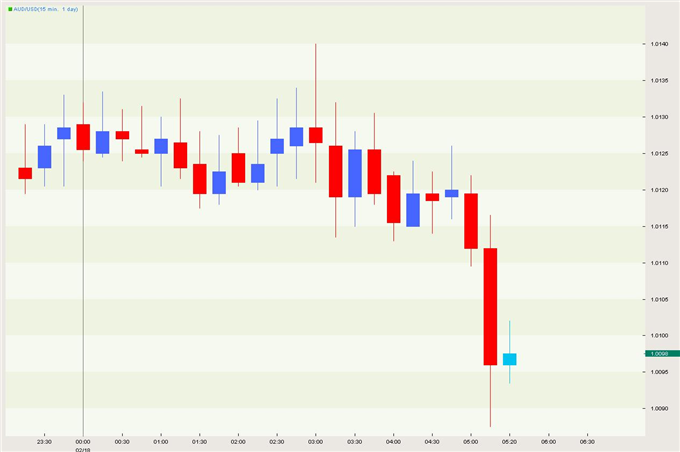 The Australian dollar, often perceived to be the most correlated with the Chinese economy, took a dive on the back of the announcement as players pull out of higher yielding and riskier assets. Australia and its currency are particularly exposed, as one of China’s biggest providers of raw materials, which fuel the impressive growth numbers, will likely be one of the hardest hit amid any slowdown in Chinese growth. Other commodity correlated currencies (NZD, CAD) are also likely to be under pressure as commodities pull back amid investor fear of weaker demand from the world’s second largest economy.