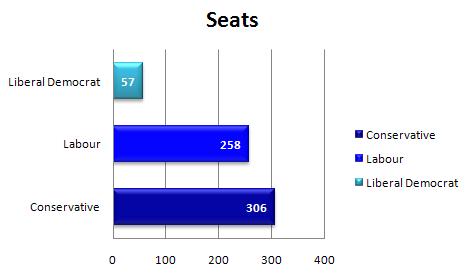 What this means for the U.K.
Senior Labour officials have said that under the rules of Britain’s constitution, the sitting prime minister in a hung parliament makes the first attempt at forming a ruling partnership. Meanwhile, Moody’s Investor Services reaffirmed its AAA credit rating for Britain and said that the hung parliament is not a “direct threat” to the stable outlook held by the group as they expect to see a “fiscal adjustment that is no looser nor slower than was outlined by all three political parties during their respective pre-election campaigns.” Furthermore, the rating agency stated that “the absence of a one-party majority does not necessarily weaken the government ability nor its inclination to stabilize public debt metrics in the coming years.” 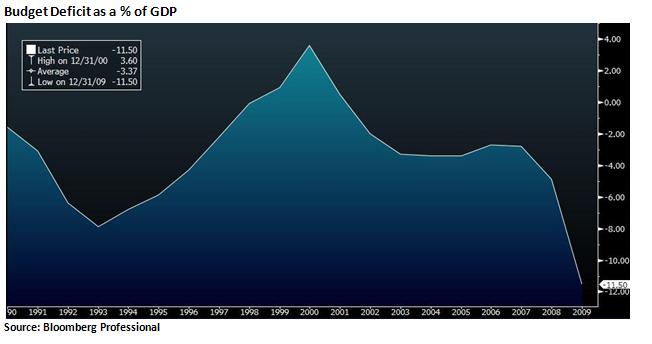 The last hung parliament was February 1974, and history thus far is repeating itself as the U.K. is once again faced with a huge public debt, now nearing 12%. Worrisome, the total debt is forecasted to reach 88%, exceeding the European Union’s average. Ahead of the election, European Commissioner Olli stated that reducing the deficit was “by far the first and foremost challenge, no matter who wins.”   Making it even more difficult, nobody won. Unlike 1974, Britains do not have the time to call a second election later this year. Market’s might decide they are out of time and lead Europe’s second largest economy down the Greek ally, pushing up borrowing costs and driving down the price of gilts. This scenario can materialize going forward if a compromise is not made immediately. Adding further pressure onto the region, 1 year credit default swaps (insurance against default) rose to the highest level since in two months, and is ranked 8th amongst the Western European countries, with Greece leading the way at 1,277.0. 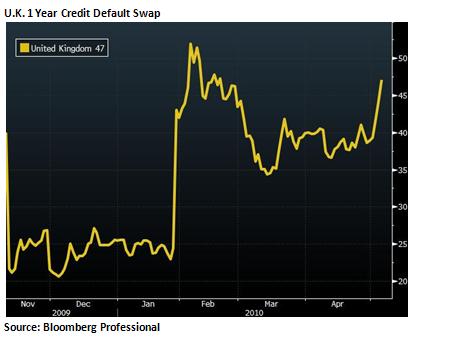 On the other hand, a hung parliament may have the adverse effect and send the message to politicians that indeed Britains are fed up with the current electorate system. With the U.K.’s debt crisis now in the spotlight subsequent to speculation of Greek contagion fears, the timing couldn’t be any worse for the country to experiment with a government that has happened only five times in the past century. Nevertheless, after extending a four day decline, the British pound may remain under pressure as market participants may look towards the BOE’s rate decision next week on May 10th as traders fret about future fiscal policy.

Written by Michael Wright
Questions? Email me at instructor@dailyfx.com