US Dollar Forecast: Bulls on Parade? Not Quite - Key Levels for DXY Index

US Dollar Looks for a Catalyst

The US Dollar is…bored. That’s an odd way to describe a currency, but personifying the world’s reserve currency is a useful exercise. The torrent of news flow – the US-China trade war deal, US-Iranian geopolitical tensions, the Trump impeachment – has done nothing to move the US Dollar in a meaningful way. This ‘bored’ price action is an expression of complacency among market participants, who have seemingly become tone deaf to any red flashing headline across their trading screens.

US Treasury Yield Curve Rather Quiet

The US Treasury yield curve has not been a source of excitement at the start of 2020. In fact, over the past month – going back to mid-December – tenors in the range of 1-month to 10-years have seen less than a 10-bps move. All things considered, considering the relatively large moves in US yields over the past year, the lack of movement over the past few weeks has deprived the US Dollar of a significant catalyst. 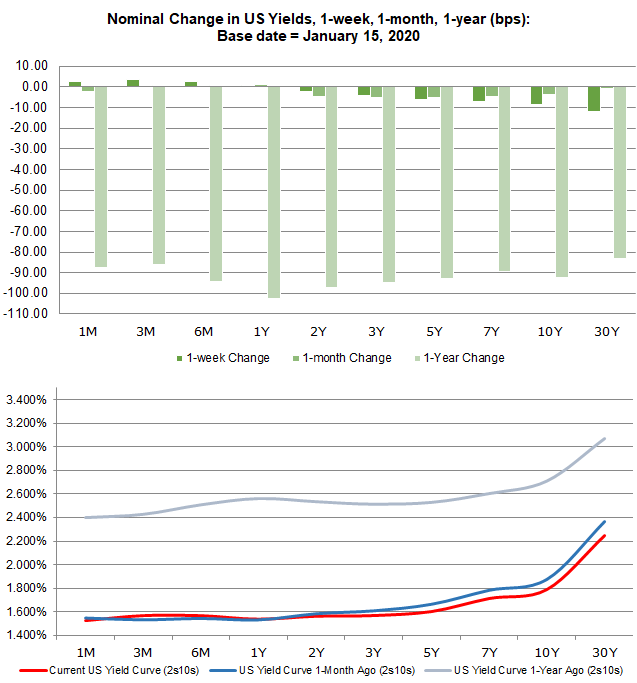 The lack of movement in US Treasury yields is neither a good nor bad factor for the US Dollar at present time; neither helping nor hurting. But like a coiling spring, an inevitable release of kinetic energy is due; a violent swing in US yields will likely drag the US Dollar along the for the ride.

The Federal Reserve’s had made evident that we are currently at a pause in its rate cut cycle. To this end, Fed Chair Jerome Powell has indicated that there is a near-zero chance of a rate hike anytime soon. Much like the BOC and the ECB, the Fed is in a wait-and-see period for monetary policy. 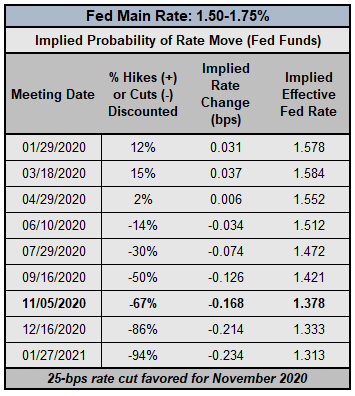 According to Fed funds futures, market participants are not expecting any change in policy the next few months, taking cues from the Fed chair. There is an 88% chance of a hold at the January Fed meeting, and there is a 70% chance that interest rates do not change through July 2020. If the Federal Reserve moves on interest rates, then November 2020 is being pegged as the most likely month (67% chance). 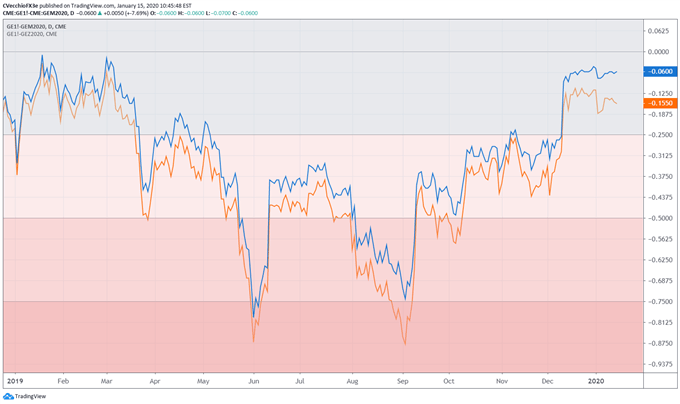 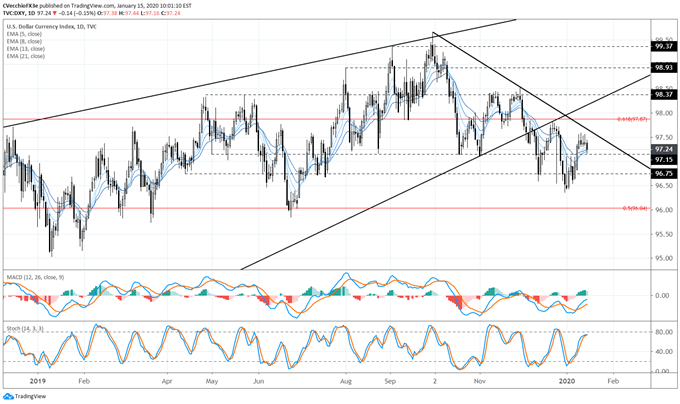 The DXY Index’s momentum profile is starting to shift to a more bearish tone; the series of lower highs and lower lows remains. The DXY Indexhas returned to the daily 5-, 8- 13-, and 21-EMA envelope, which failed to realign in bullish sequential order. Slow Stochastics attempted to climb into overbought territory but failed, while daily MACD is now curtailing its rise in bearish territory. The US Dollar’s major topping potential is still in play. 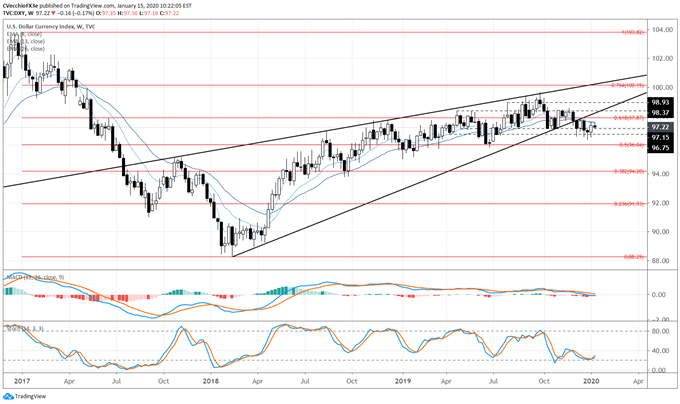 The more time that the DXY Index spends outside of its rising wedge, the greater the likelihood of a breakdown. And yet, if there is no follow through to the downside, bears will become discouraged and bulls will become reinvigorated. But given the scope of Fed rate pricing, it would appears that the ‘dovish’ case has already been fully priced-out; a rise in Fed rate cut odds (pulling forward the date from November closer to present day) would be a poor development for the US Dollar. 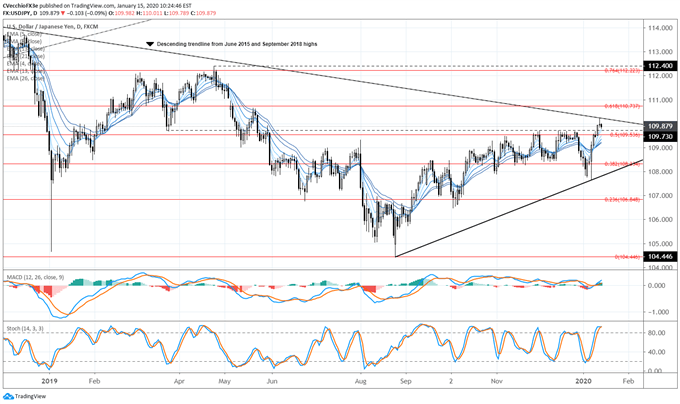 Despite the lack of movement in US Treasury yields, the rates-sensitive USD/JPY has been able to continue it’s climb higher. (A simple explanation: US equities have risen as the US-China trade war has plateaued, reducing demand for the Asian safe haven currency.) But USD/JPY’s advance through 109.73, the December 2019 swing high, represents an important break higher.

If USD/JPY is able to clear 110.25 by the end of January 2020, it would constitute a breakout from the descending trendline from the June 2020 and September 2020 highs. The path of least resistance may yet be higher. 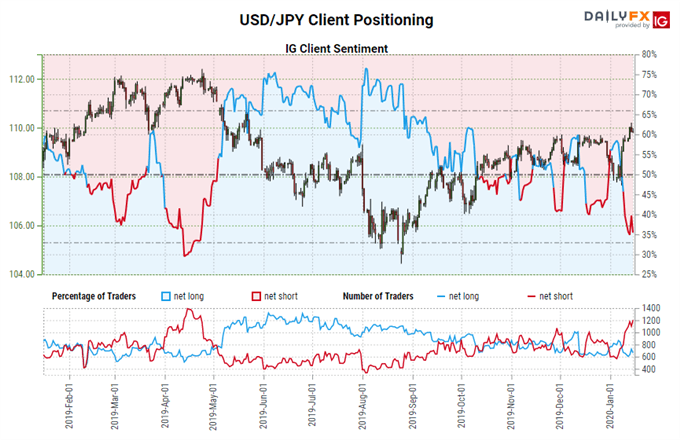