AUDUSD snaps the series of lower highs and lows carried over from last week even as the Federal Reserve delivers a 75bp rate hike in June, and the exchange rate may stage a larger recovery over the coming days as itappears to be reversing course ahead of the yearly low (0.6829).

AUD/USD quickly retraces the decline following the Federal Open Market Committee (FOMC) interest rate decision as Chairman Jerome Powell tames speculation for a 100bp rate hike, with the central bank head indicating that a 50bp or a 75bp increase could be appropriate at its next meeting in July. 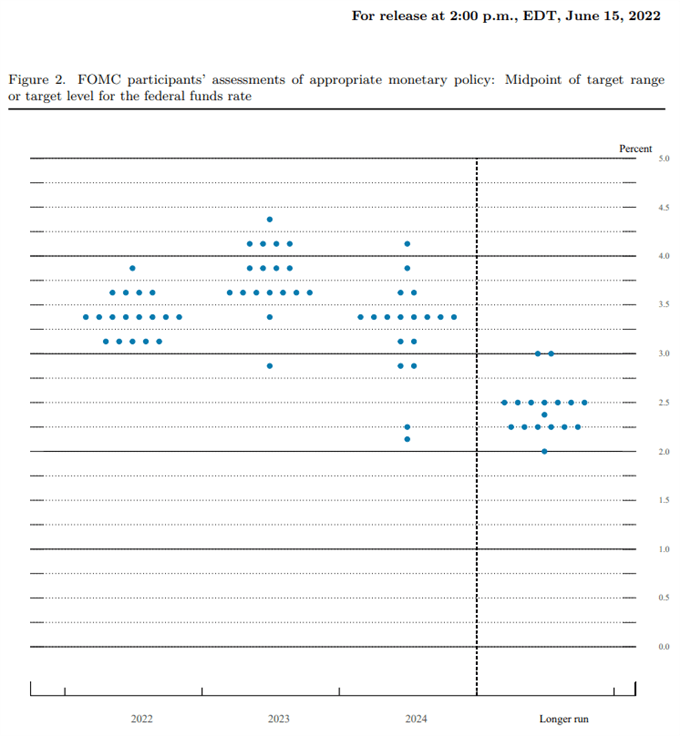 The comments suggest the FOMC will moderately adjust its approach in combating inflation as the majority forecast the Fed Funds rate to climb above 3.00% by the end of the year, and it seems as though the central bank will continue to utilize the benchmark interest rate to address the risks surrounding the US economy amid the preset approach in reducing the balance sheet.

Looking ahead, it remains to be seen if Chairman Powell and Co. will continue to adjust the forward guidance for monetary policy as the FOMC shows a greater willingness to carry out a restrictive policy, but the market reaction raises the scope for a larger rebound in AUD/USD as it snaps the series of lower highs and lows carried over from the previous week.

In turn, the update to Australia’s Employment report may fuel the rebound from the monthly low (0.6850) as the economy is projected to add 25K jobs in May, and a further advance in the exchange rate may help to alleviate the tilt in retail sentiment like the behavior seen earlier this year. 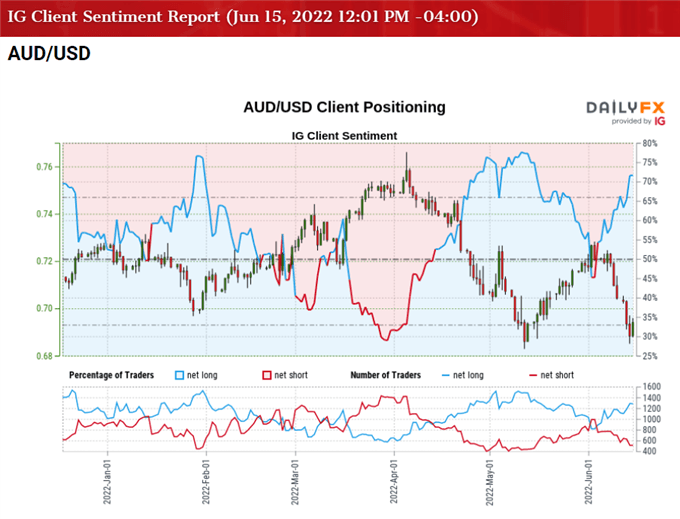 The IG Client Sentiment report shows 70.46% of traders are currently net-long AUD/USD, with the ratio of traders long to short standing at 2.39 to 1.

With that said, AUD/USD may continue to reverse course ahead of the yearly low (0.6829) as the Fed rate decision fuels the rebound from the monthly low (0.6850), and the bearish momentum may continue to abate over the coming days as the Relative Strength Index (RSI) bounces back ahead of oversold territory. 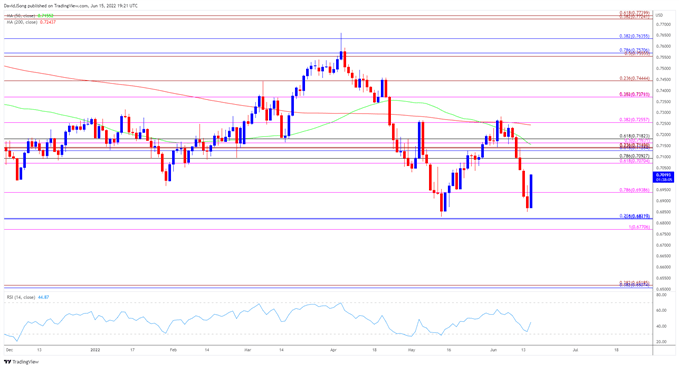