The price of gold slipped to a fresh monthly low ($1895) as it extends the series of lower highs and lows from the yearly high ($2070), but the precious metal may consolidate over the remainder of the week amid the kneejerk reaction to the Federal Reserve interest rate decision.

The breakout in the price of gold appears to have reversed ahead of the record high ($2075) as the recent weakness pulls the Relative Strength Index (RSI) back from overbought territory, and swings in risk appetite may influence the precious metal as the Russia-Ukraine war along with the renewed lockdown in China sways investor confidence.

However, the price of gold attempts to halt a three-day sell off even as the Federal Open Market Committee (FOMC) delivers a 25bp rate hike as the central bank appears to be on a preset course in normalizing monetary policy. 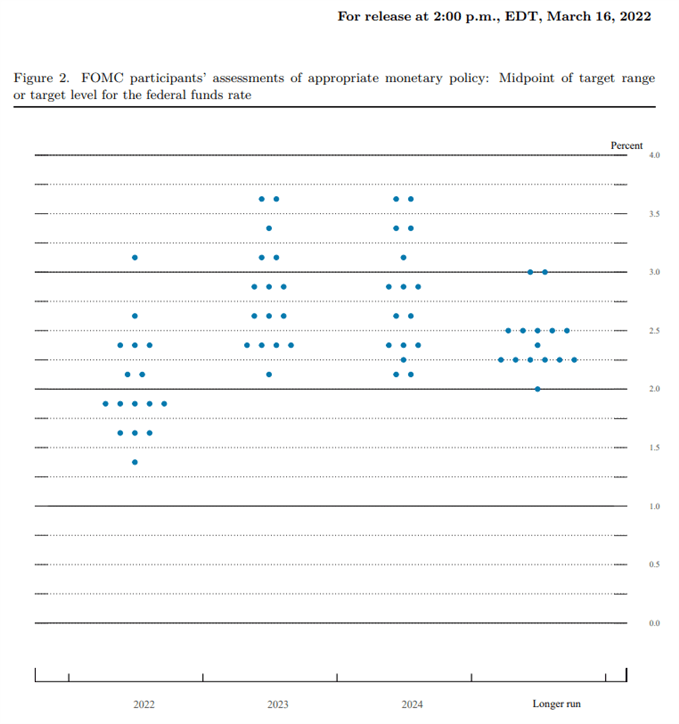 The update to the Summary of Economic Projections (SEP) suggest the FOMC will deliver a series of rate hikes over the coming months as Chairman Jerome Powell and Co. see the benchmark interest rate above 2.00% in 2022, and it remains to be seen if the central bank will ramp up its efforts to achieve price stability as Fed officials project a steeper path for US interest rates.

However, it seems as though the FOMC is in no rush to winddown its balance sheet as “the Committee expects to begin reducing its holdings of Treasury securities and agency debt and agency mortgage-backed securities at a coming meeting,” and the lack of details surrounding the quantitative tightening (QT) cycle may keep the price of gold afloat as inflation becomes a growing concern for major central banks.

With that said, the decline from the yearly high ($2070) may turn out to be a correction in the broader trend as the Fed appears to be in no rush to winddown its balance sheet, and the precious metal may stage a rebound over the coming days if it manages to clear the series of lower highs and lows carried over from last week. 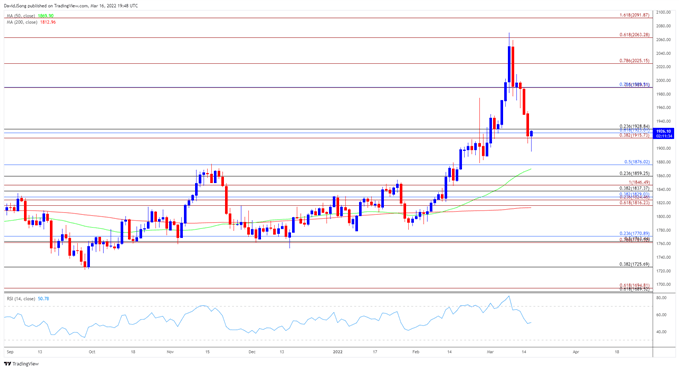