EUR/USD trades to a fresh weekly low (1.1885) as the European Central Bank (ECB) steps up the pace of the pandemic emergency purchase programme (PEPP), and the Federal Reserve interest rate decision on March 17 may keep the exchange rate under pressure if Chairman Jerome Powell and Co.

EUR/USD may stage another attempt to test the 200-Day SMA (1.1834) after showing a limited reaction to the European Central bank (ECB) interest rate decision as the exchange rate carves a fresh series of lower highs and lows. 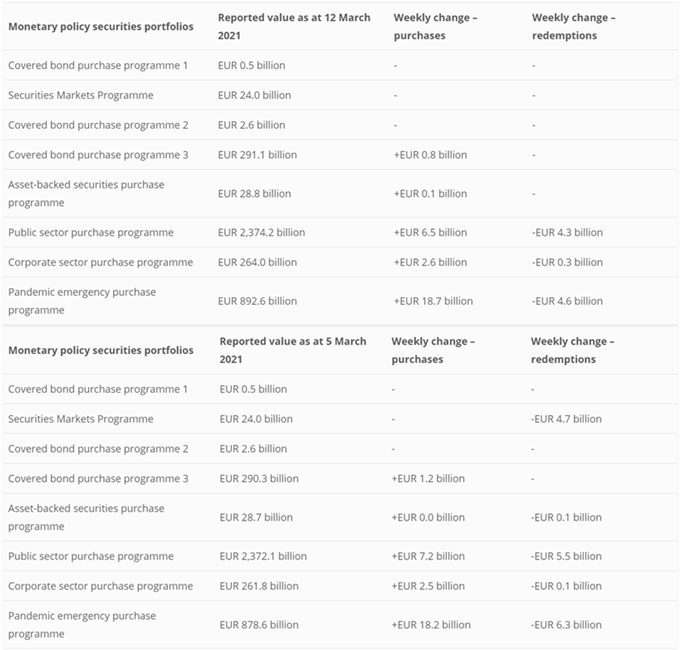 EUR/USD appears to be under pressure as the latest figures coming out of the ECB show the central bank’s balance sheet increasing by EUR 18.7 billion in the week ending March 12 after expanding EUR 18.2 billion the week prior, and it seems as though the Governing Council is in no rush alter the course for monetary policy as

It remains to be seen if the Federal Open Market Committee (FOMC) rate decision will influence the exchange rate as the central bank updates the Summary of Economic Projections (SEP), and the committee may adjust the forward guidance for monetary policy as Congress passes the $1.9 trillion coronavirus recovery package.

As a result, an upward revision in the interest rate dot plot may keep EUR/USD under pressure as Fed officials signal a greater willingness scale back its emergency measures, but more of the same from the FOMC may generate a bearish reaction in the US Dollar as Chairman Jerome Powell warns that “it’s not at all likely that we’d reach maximum employment this year.”

In turn, key market themes may continue to influence EUR/USD as the US Dollar still reflects an inverse relationship with investor confidence, with the crowding behavior seen in 2020 resurfacing as traders flip net-short the pair in March. 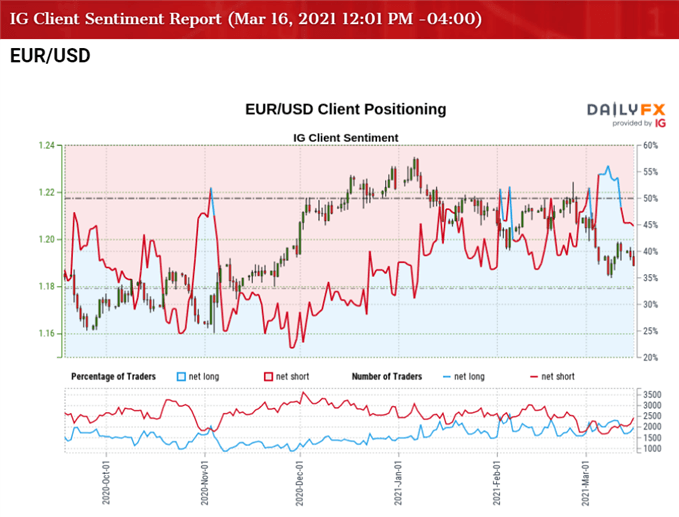 The IG Client Sentiment report shows 45.55% of traders are currently net-long EUR/USD, with the ratio of traders short to long standing at 1.20 to 1.

With that said, the decline from the January high (1.2350) may turn out to be a correction in the broader trend rather than a change in EUR/USD behavior as the crowding behavior from 2020 resurfaces, but the exchange rate may stage another attempt to test the 200-Day SMA (1.1834) as the exchange rate carves a fresh series of lower highs and lows.