USD/CAD trades to a fresh monthly high (1.3390) as the US Dollar appreciates on the back of waning risk appetite, and key market trends may continue to influence the exchange rate in November as the reserve currency reflects an inverse relationship with investor confidence.

USD/CAD approaches the September high (1.3421) as it breaks out of the monthly opening range, with the exchange rate largely unfazed by the US Gross Domestic Product (GDP) report despite the better-than-expected results.

The advance reading showed the growth rate rebounding a record 33.1% per annum in the third-quarter of 2020 after contracting 31.4% during the previous period, while the update for Weekly Jobless Claims crossed the wires at 751K versus forecasts for a 775K print for the week ending October 24.

It remains to be seen if the positive data prints will sway the Federal Reserve as US lawmakers struggle to deliver another fiscal stimulus package, and the central bank may come under increased pressure to further support the economy even though the Fed’s balance sheet climbs to a fresh record high. 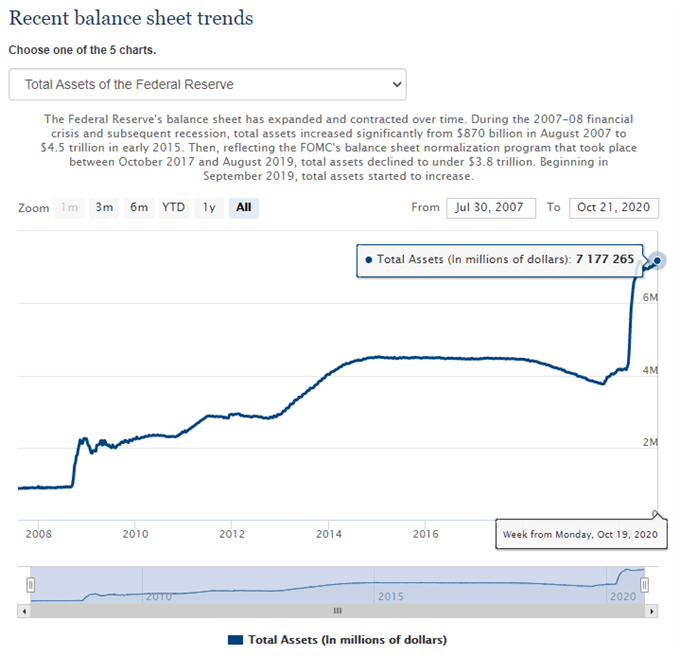 The Fed’s balance sheet climbed to $7.177 trillion from $7.151 trillion in the week of October 12 to clear the peak from June, and it remains to be seen if the Federal Open Market Committee (FOMC) will adjust the forward guidance at the next interest rate on November 5 as Chairman Jerome Powell and Co. vow it “increase its holdings of Treasury securities and agency MBS (mortgage-backed securities) at least at the current pace.”

Until then, swings in investor confidence may continue to influence USD/CAD as the FOMC relies on its current tools to support the US economy, and the tilt in retail sentiment also looks poised to persist over the coming month as traders have been net-long the pair since mid-May. 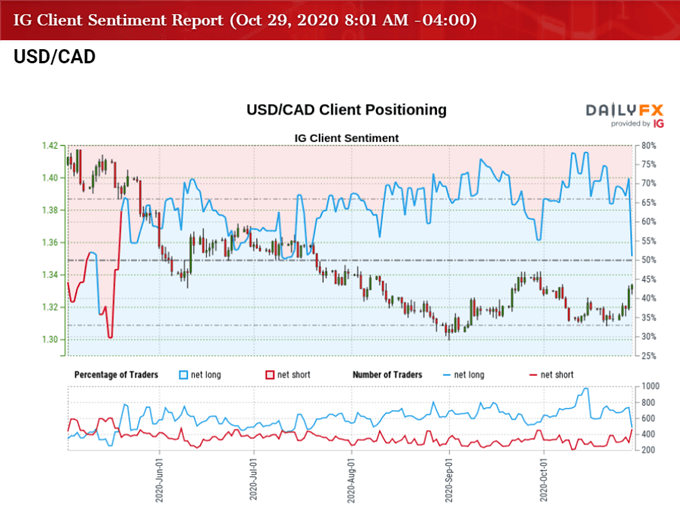 The rise in net-short interest along with the decline in net-long position had helped to alleviate the crowding behavior in USD/CAD as 67.75% of traders were net-long the pair last week, but the Greenback may continue to show an inverse relationship with investor confidence as the tilt in retail sentiment remains in place.

With that said, swings in risk appetite may sway USD/CAD ahead of the next Fed rate decision, and the exchange rate may attempt to test the September high (1.3421) as it breaks out of the monthly opening range.