NZD/USD tags a fresh monthly high (0.6703) going into the end of July as the crowding behavior in the US Dollar persist, but the Relative Strength Index (RSI) appears to be deviating with price as the oscillator struggles to push into overbought territory.

NZD/USD still appears to be on track to test the 2020 high (0.6733) as it extends the advance from the start of July, and the crowding behavior in the US Dollar may keep the exchange rate afloat as the IG Client Sentiment report continues to show retail traders net-long USD/CHF, USD/CAD and USD/JPY, while the crowd remains net-short NZD/USD, GBP/USD, AUD/USD and EUR/USD. 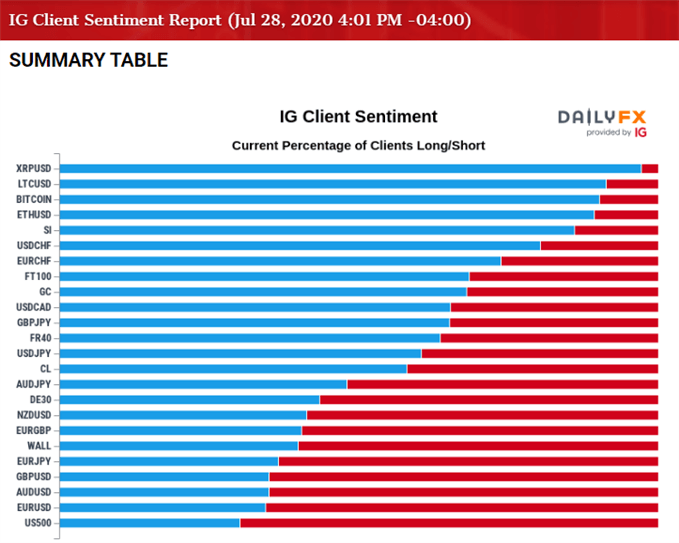 It remains to be seen if the net-long US Dollar bias will carry into August as the Federal Reserve looks poised to retain the current policy at its interest rate decision on July 29, and more of the same from Chairman Jerome Powell and Co. may continue to drag on the greenback as the central bank vows to “increase its holdings of Treasury securities and agency MBS (Mortgage-Backed Security) and agency CMBS (Commercial Mortgage-Backed Security) at least at the current pace.” 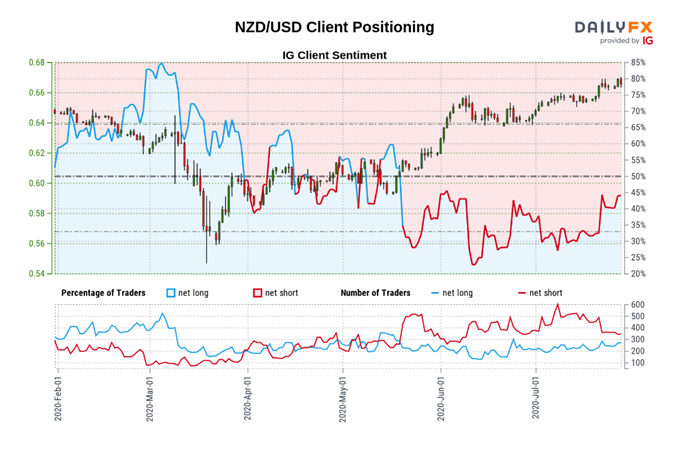 The decline in net-long positions could be an indication of profit-taking behavior as NZD/USD tags a fresh monthly high (0.6703), but the rise in net-short interest suggests the crowding behavior will persist over the coming days even though the exchange rate approaches the 2020 high (0.6733).

With that said, current market conditions may keep NZD/USD afloat as the Federal Open Market Committee (FOMC) relies of its lending facilities along with its asset purchases to support the US economy, but the Relative Strength Index (RSI) appears to be deviating with price as the oscillator struggles to push into overbought territory.