NZD/USD appears to be stuck in a tight range after taking out the February high (0.6503), but the Relative Strength Index (RSI) may offer a textbook sell signal as the oscillator appears to be on track to push below 70.

NZD/USD trades near the monthly high (0.6585) as the Federal Reserve retains a dovish forward guidance for monetary policy, but it seems as though Chairman Jerome Powell and Co. are in no rush to deploy more non-standard measures after expanding the scope of the Main Street Lending Program“to allow more small and medium-sized businesses to be able to receive support.”

The Reserve Bank of New Zealand (RBNZ) may carry out a similar approach after expanding the Large Scale Asset Purchase (LSAP) programin May to NZ$60 billion from NZ$33 billion, and the central bank may adopt a wait-and-see approach officials expected “to see retail interest rates decline further as lower wholesale borrowing costs are passed through to retail customers.”

However, Governor Adrian Orr and Co. may reiterate that “the Monetary Policy Committee (MPC) is prepared to use additional monetary policy tools if and when needed” as the Organization for Economic Co-operation and Development (OECD) warns that “all countries are projected to experience a deep recession in 2020 followed by a slow and gradual recovery in 2021.” 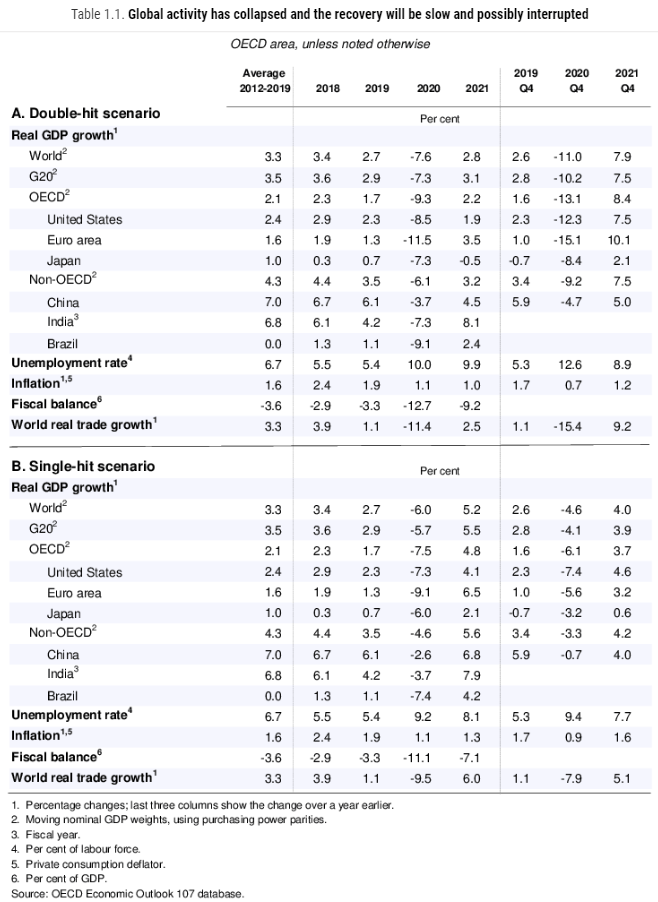 The updated projections by the OECD highlight two possible scenarios for the world economy, with the single-hit scenario expected to bring a recovery of “5¼ per cent next year,” while global growth is “projected to decline by just under 7¾ per cent in 2020, before rising by around 2¾ per cent in 2021” in the double-hit scenario.

It remains to be seen if New Zealand will experience the single-hit scenario as Prime Minister Jacinda Ardent removes the social distancing measures, but the sharp slowdown in world trade may lead to a protracted recovery as “global export orders fell to their lowest level on record in April and remained exceptionally weak in May, with all countries reporting sizeable declines.”

In turn, the RBNZ may keep the door open to implement a negative interest rate policy (NIRP) in 2021 as Chief Economist Yuong Ha reveals that “we’ve given the banking system until the end of the year to get ready so that the option is there for the Monetary Policy Committee in a year’s time.”

Speculation for a NIRP in New Zealand may drag on NZD/USD later this year as Federal Reserve Chairman Jerome Powell tames bets for negative US interest rates, but the advance from the 2020 low (0.5469) may continue to evolve as the exchange rate takes out the February high (0.6503).

British Pound Back to Breakdown Levels as PM Doubles Down. Will GBP/USD go Lower?
Advertisement