NZD/USD continues to pull back from the April high (0.6176) even though New Zealand’s Employment report showed an unexpected rise in job growth, and the exchange rate may face a more bearish fate ahead of the Reserve Bank of New Zealand (RBNZ) meeting on May 13 as the central bank warns that “the containment measures for COVID-19 will have substantial direct effects on economic activity while they are in place.”

NZD/USD tracks the range from April even though New Zealand rolls back the nationwide lockdown, with the update to New Zealand’s Employment report generating a limited reaction despite the 0.7% rise in the first quarter of 2020.

It remains to be seen if the pick up in job growth will influence monetary policy as the RBNZ unveils a new set of projections that “ranges from an estimated 4 percent reduction in GDP under alert level 1 up to 37 percent of GDP under level 4.” 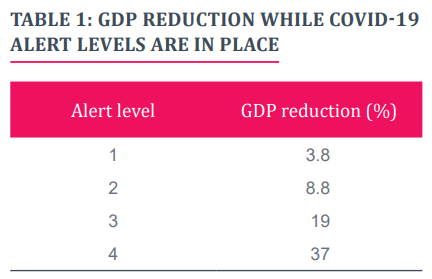 The RBNZ emphasizes that “there is significant uncertainty and limitations surrounding our estimates” as the economic shock from COVID-19 drags on global growth, and the central bank may keep the door open to further support the economy as Prime Minister Jacinda Ardern urges New Zealanders to stay home if possible.

In turn, the RBNZ may continue to strike a dovish tone as Governor Adrian Orr and Co. remain reluctant to rule out a negative interest rate policy (NIRP), and the central bank may have little choice but to deploy more non-standard measures over the coming months as “members agreed to provide forward guidance that the OCR (official cash rate) would stay at the level of 0.25 percent for at least 12 months.”

With that said, the RBNZ may continue to push monetary policy into uncharted territory as the central bank expands the Large Scale Asset Purchase programme (LSAP) to include NZ$ 3B of Local Government Funding Agency (LGFA) debt, and speculation for additional monetary support may present headwinds for the New Zealand Dollar especially as Governor Orr keeps an open mind in directly monetizing New Zealand government debt.