AUD/USD appears to be stuck in a narrow range ahead of the Reserve Bank of Australia (RBA) Minutes, but the exchange rate may extend the advance from the monthly low (0.6662) as the Relative Strength Index (RSI) recovers from oversold territory.

The recent rebound in AUD/USDappears to have sputtered ahead of the monthly high (0.6774), and the exchange rate may face range-bound conditions over the coming days as the RBA appears to be in no rush to alter the forward guidance for monetary policy.

The transcript from the first meeting for 2020 may highlight a wait-and-see approach as the “central scenario is for the Australian economy to grow by around 2¾ per cent this year and 3 per cent next year,” and the RBA may attempt to buy more time at its next meeting on March 3 amid“signs that the slowdown in global growth that started in 2018 is coming to an end.” 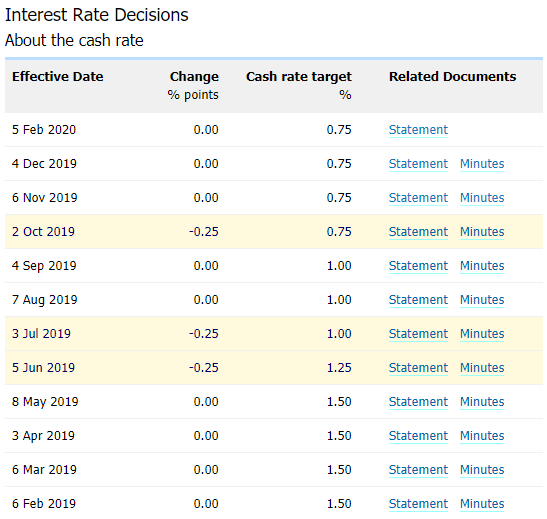 In turn, the RBA Minutes may keep AUD/USD afloat as the central bank tames speculation for lower interest rates and emphasizes that “the easing of monetary policy last year is supporting employment and income growth in Australia and a return of inflation to the medium-term target range.”

However, the coronavirus may become a growing concern for the RBA as China, Australia’s largest trading partner, struggles to contain the outbreak, and the central bank may come under pressure to further insulate the economy as Governor Philip Lowe and Co. insist that the board “remains prepared to ease monetary policy further if needed.”

With that said, AUD/USD may face a more bearish fate over the coming months as the weakening outlook for the Asia/Pacific region raises the scope for a wider interest rate disparity between Australia and the US.

Nevertheless, recent developments in the Relative Strength Index (RSI) warns of a larger rebound in AUD/USD as the oscillator recovers from oversold territory and carves a bullish formation.