New Zealand Dollar at Risk on US Reluctance to Ease Tariffs

NZD/USD appears to be stuck in a narrow range as the US and China prepare to sign the Phase One trade deal, but the exchange rate may continue to chip away at the correction from the 2019 low (0.6204) as the Relative Strength Index (RSI) falls back from overbought territory and flashes a textbook sell signal.

NZD/USD Rate Vulnerable as US Remains Reluctant to Rollback Tariffs

NZD/USD continues to trade near the monthly low (0.6600) even though the New Zealand Institute of Economic Research (NZIER) points to a improvement in business confidence, with the Quarterly Survey of Business Opinion (QSBO) showing “a smaller proportion of businesses expecting a worsening in general economic conditions.” 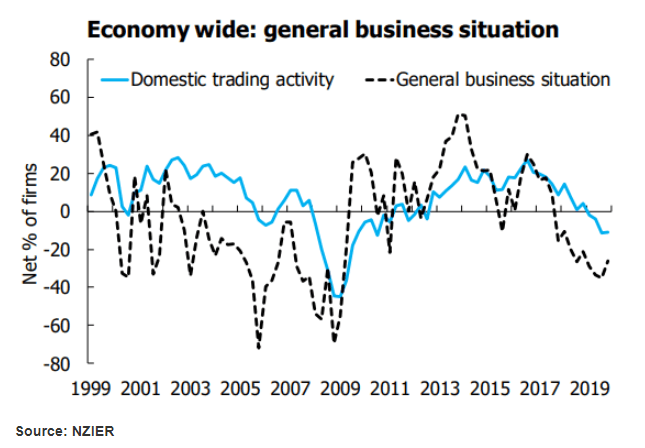 The report notes that the “global outlook had been on the mend towards the end of last year, as the US and China looked closer to agreeing on a trade deal,” but the update may do little to influence the monetary policy outlook as “firms’ own trading activity, which provides a better indication of demand in the New Zealand economy, remained soft.”

It remains to be seen if narrowing threat of a US-China trade war will encourage the Reserve Bank of New Zealand (RBNZ) to alter the forward guidance as the Trump administration remains reluctant to rollback tariffs, and the central bank may keep the door open to implement lower interest rates as Governor Adrian Orr and Co. pledge to “add further monetary stimulus if needed.”

At the same time, the RBNZ may continue to prepare a contingency plan “for an unlikely scenario where additional monetary instruments are required” as the World Bank cuts its global growth forecast, but it seems as though the central bank will stick to the sidelines at its first meeting for 2020 as officials anticipate “a lift in economic growth during 2020 from the easing of monetary policy that has taken place since early 2019.”

In turn, Governor Orr and Co. may stick to the same script on February 12 as the government plans to boost infrastructure spending by an additional NZ $12B, but the diverging paths between the RBNZ and Federal Reserve may produce headwinds for NZD/USD as Chairman Jerome Powell and Co. see US interest rates on hold over the next 12 months.