AUD/USD recoups the losses from earlier this week as Australia Employment picks up more-than-expected in November, but the failed attempt to close above the 200-Day SMA (0.6904) undermines the recent rebound in the exchange rate amid the historical tendency around the moving average.

AUD/USD extends the advance from the weekly low (0.6828) as Australia adds 39.9K jobs in November, with the unemployment unexpectedly narrowing to 5.2% from 5.3% the month prior.

The data may encourage the Reserve Bank of Australia (RBA) to retain a wait-and-see approach in 2020 as “recent outcomes suggest that the Australian economy can sustain lower rates of unemployment and underemployment.” 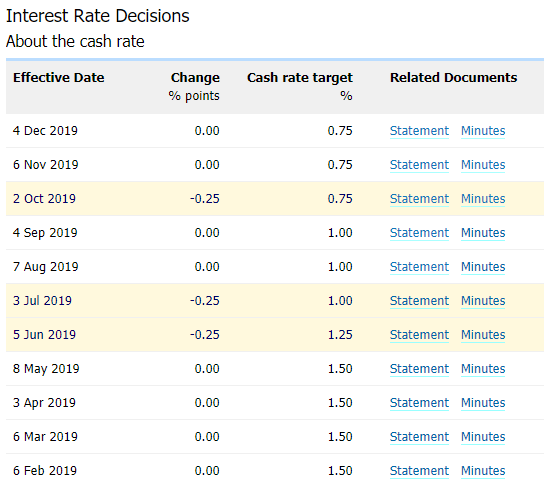 In turn, the RBA may stick to the sidelines at the next meeting on February 4, but the central bank may continue to endorse a dovish forward guidance as Governor Philip Lowe and Co. insists that the central bank has “the ability to provide further stimulus to the economy, if required.”

The slowdown in China, Australia’s largest trading partner, is likely to keep the RBA on its toes as “the US–China trade and technology disputes continue to affect international trade flows and investment,” and the central bank may continue to insulate the economy in 2020 as the International Monetary Fund (IMF) warns that “unconventional monetary policy measures such as quantitative easing may become necessary.”

With that said, the RBA may reestablish its rate easing cycle over the coming months, and the recent rebound in the exchange rate may prove to be short lived amid the failed attempts to close above the 200-Day SMA (0.6904).