AUD/USD pulls back from a fresh monthly high (0.6939) despite the US and China trade deal, and the failed attempt to close above the 200-Day SMA (0.6909) undermines the recent advance in the exchange rate amid the historical tendency around the moving average.

AUD/USD fails to extend the series of higher highs and lows from the previous week even though China, Australian’s largest trading partner, averts the next wave of US tariffs.

It remains to be seen if the tariffs will be rolled back over the coming months as “both sides have reached consensus that the US side will fulfill its commitments to phase out its additional tariffs on Chinese products,” and the ongoing shift in US trade policy may continue to influence AUD/USD as President Donald Trump tweets that the administration “will begin negotiations on the Phase Two Deal immediately, rather than waiting until after the 2020 election.”

Easing tensions may encourage the Reserve Bank of Australia (RBA) to keep the official cash rate on hold at the next meeting on February 4, but the central bank may continue to endorse a dovish forward guidance as “the US–China trade and technology disputes continue to affect international trade flows and investment.” 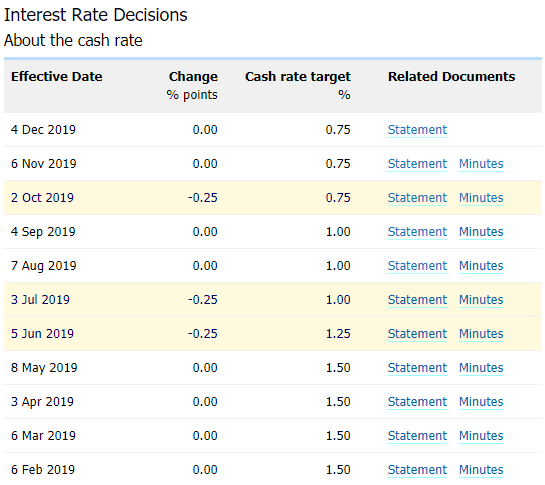 As a result, the RBA may reiterate that “the Board is prepared to ease monetary policy further if needed,” and Governor Philip Lowe and Co. may take additional steps to insulate the economy in 2020 as the International Monetary Fund (IMF) warns that “Australia is especially exposed to a deeper-than-expected downturn in China.”

Therefore,the RBA may resume its rate easing cycle over the coming months, and the central bank may continue to tread into uncharted territory as the IMF insists that “unconventional monetary policy measures such as quantitative easing may become necessary.”

With that said, the recent appreciation in AUD/USD may prove to be short lived amid the string of failed attempts to close above the 200-Day SMA (0.6909).