AUD/USD attempts to retrace the decline from the November-high (0.6928) as data prints coming out of the US point to a slowing economy, but the recent rebound may prove to be short lived as the exchange rate struggles to extend the series of higher highs and lows from earlier this week.

AUD/USD extends the advance following the Reserve Bank of Australia (RBA) interest rate decision as the US ISM Non-Manufacturing survey narrows more-than-expected in November, with the gauge slipping to 53.9 from 54.7 the month prior. 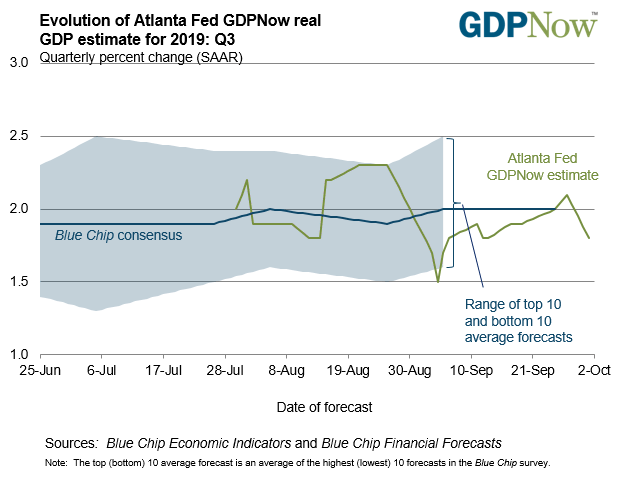 In response, the Atlanta Fed GDPNow model projects the US economy to expand 1.3% in the fourth quarter of 2019 versus 1.7% on November 27, and the weakening outlook for growth may push the Federal Reserve to implement lower interest rates as the Trump administration struggles to reach a deal with China.

However, recent remarks from Chairman Jerome Powell and Co. suggest the central bank will take a break from its rate easing cycle as Fed officials see “the current stance of monetary policy as likely to remain appropriate as long as incoming information about the economy remains broadly consistent with our outlook of moderate economic growth.”

It seems as though the Federal Open Market Committee (FOMC) will attempt to buy time at its last meeting for 2019 after delivering three consecutive rate cuts, and the central bank may largely endorse a wait-and-see approach for the foreseeable future as “participants generally viewed the economic outlook as positive.”

It remains to be seen if the FOMC will reestablish its rate easing cycle in 2020 as President Donald Trump tweets “the Fed should lower rates,” and the central bank may alter the forward guidance when it updates the Summary of Economic Projections (SEP) “in light of persistent weakness in global growth and elevated uncertainty regarding trade developments.”

The RBA may share a similar fate as the Trump administration plans to raise tariffs on Chinese goods, and Governor Philip Lowe and Co. may prepare Australian households and businesses for lower interest rates in 2020 as “the Board is prepared to ease monetary policy further if needed.” 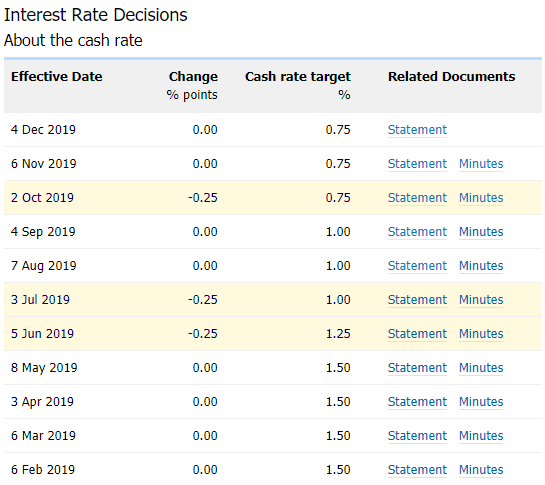 In turn, growing tensions between the US and China,Australia’s largest trading partner, may push the RBA to further insulate the economy over the coming months, and AUD/USD may exhibit a more bearish behavior next year as Foreign Ministry Spokesperson Hua Chunying insists that “if the US takes measures that harm China's interests, it must pay the price.”

With that said, waning hopes for a US-China trade deal may produce headwinds for the Australian Dollar, and the recent rebound in AUD/USD may prove to be short lived as the exchange rate struggles to extend the series of higher highs and lows from earlier this week.