AUD/USD gaps higher to kick off the last full week of November, but fresh comments coming out of the Reserve Bank of Australia (RBA) may drag on the exchange rate as the central bank keeps the door open to implement lower interest rates.

AUD/USD carves a fresh series of lower highs and lows despite renewed hopes for a US-China trade deal, and the Australian Dollar may continue to give back the rebound from the monthly low (1.0989) as RBA officials are scheduled to speak over the coming days.

RBA Deputy Governor Guy Debelle and Governor Philip Lowe are likely to endorse a dovish forward guidance as the board remains “prepared to ease monetary policy further if needed.” As a result, talks of ‘unconventional’ policy tools may drag on the Australian Dollar as the central bank appears to be on track to push the official cash rate (OCR) closer to zero. 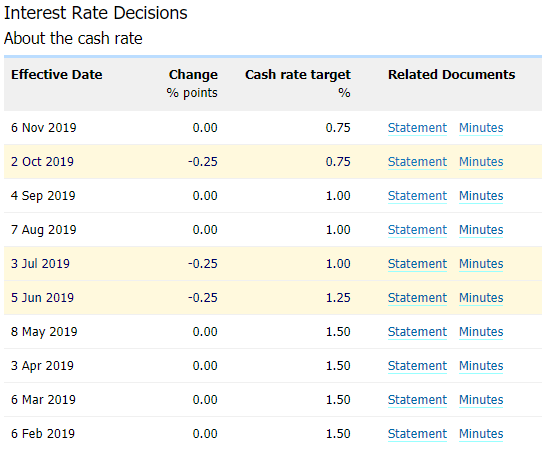 It remains to be seen if Governor Lowe and Co. will retain the current policy at its last meeting for 2019 as officials gauge “the effects of the earlier monetary easing,” but the central bank may ultimately prepare Australian households and businesses for lower interest rates as the RBA Minutes revealed that “members reviewed the case for a further reduction at the present meeting.”

In turn, a batch of dovish comments may produce headwinds for the Australian Dollar, and developments surrounding “phase one” of the US-China trade negotiations may also influence the exchange rate amid little signs of an imminent deal.