AUD/USD struggles to extend the series of higher highs and lows from the previous week, with the failed attempt to test the September-high (0.6895) bringing the monthly range on the radar.

AUD/USD pulls back from the monthly-high (0.6883) as the International Monetary Fund (IMF) updates the Regional Economic Outlook for the Asia/Pacific region, with the report highlighting the risk for a “faster-than-expected slowdown in China,” Australia’s largest trading partner. 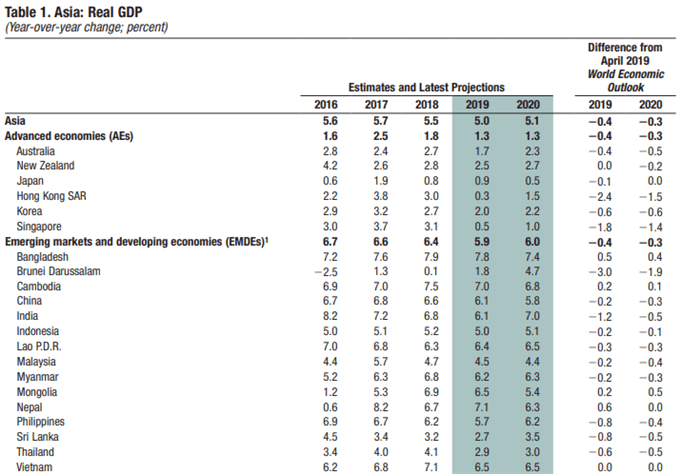 In response, the IMF forecasts Australia to grow 1.7% in 2019 and 2.3% in 2020, and the weakening outlook for the Asia/Pacific region may push the Reserve Bank of Australia (RBA) to further insulate the economy as the central bank stands ready “to ease monetary policy further if needed.”

Nevertheless, the RBA may move to the sidelines at the next meeting on November 5 as the US and China plan to finalize ‘phase one’ of the trade deal, but the central bank may continue to endorse a dovish forward guidance as “the Bank's most recent forecasts suggested that the unemployment and inflation outcomes over the following couple of years were likely to be short of the Bank's goals.”

At the same time, the RBA may push Australian lawmakers to support the economy as Governor Philip Lowe argues for “a renewed focus on structural measures to lift the nation's productivity performance.”

However, recent remarks from Treasurer Josh Frydenberg suggest the government has no plans to draw up a fiscal stimulus package as he insists that “we can still deliver the surplus as promised as well as see the Australianeconomy continue its record run of growth.” 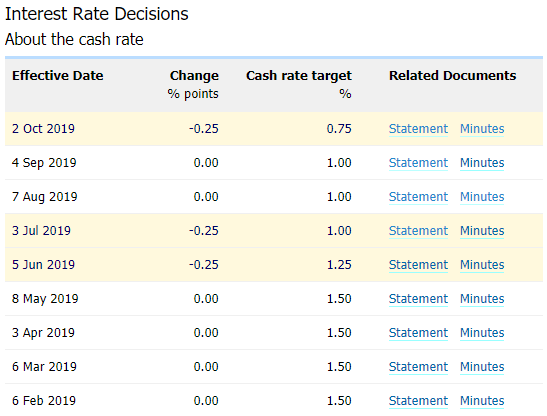 With that said, it remains to be seen if the RBA will deliver another rate cut in 2019, but the central bank may favor a further depreciation in the Australian Dollar as Governor Lowe argues that “the exchange rate is a better stabiliser than our own monetary policy.”

In turn, AUD/USD may continue to track the downward trend carried over from 2018, with the Australian dollar at risk of facing headwinds over the remainder of the year as the RBA keeps the door open to further embark on its rate easing cycle.