AUD/USD attempts to retrace the decline following the Reserve Bank of Australia (RBA) meeting, but the recent rebound in the exchange rate may prove to be short-lived as the central bank continues to endorse a dovish forward guidance for monetary policy.

AUD/USD bounces back from a fresh yearly-low (0.6671) as there appears to be growing calls for fiscal support, with the Australian Institute of Company Directors arguing that “there is a general consensus that the leverage frominterest rates is rapidly depleting, and it's about productivity, it's about fiscal stimulus.”

The statement coincides with the recent speech by Governor Philip Lowe as the central bank head pushes for “a renewed focus on structural measures to lift the nation's productivity performance,” and the RBA may seek assistance from Australian lawmakers as the central bank cuts the official cash rate (OCR) to a fresh record-low of 0.75%. 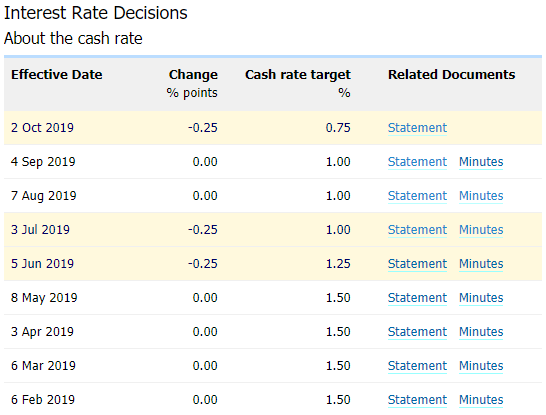 It remains to be seen if the RBA will deliver another rate cut at the next meeting on November 4 as Governor Lowe warns that “there can be some undesirable side effects from low interest rates,” but it seems as though the central bank will continue to embark on its easing cycle as the board stands ready to “ease monetary policy further if needed.”

In turn, the Australian Dollar may face additional headwinds as the RBA retains a dovish forward guidance for monetary policy, with the broader outlook still tilted to the downside as AUD/USD continues to track the bearish trend from late last year.