USDCAD September Low on the Radar Ahead of ISM Non-Manufacturing

USD/CAD struggles to preserve the advance from the previous month amid dismal data prints coming out of the US economy, and the exchange rate appears to be on track to test the September-low (1.3134) as the Federal Reserve comes under pressure to implement lower interest rates.

USDCAD September Low on the Radar Ahead of ISM Non-Manufacturing

USD/CAD may continue to respond to the weakening outlook for the US as the ISM Manufacturing survey slips to its lowest reading since June 2009, and updates to the Non-Manufacturing survey may keep the exchange rate under pressure as the gauge for service-based activity is expected to narrow to 55.2 from 56.4 in August. 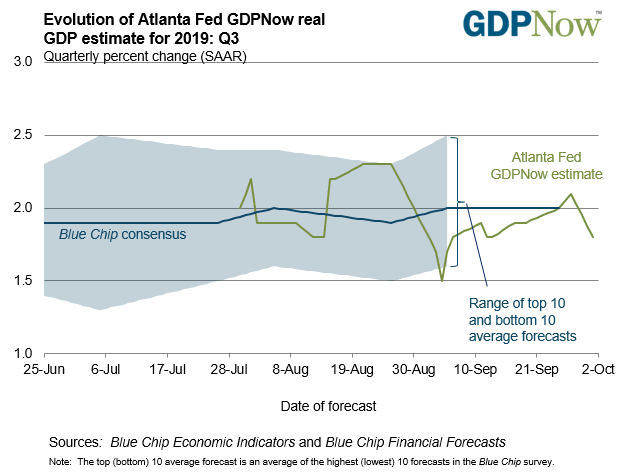 In turn, the Atlanta Fed GDPNow model now forecasts the US economy to grow 1.8% in the third quarter of 2019 versus 2.1% on September 27, and the Federal Open Market Committee (FOMC) may take additional steps to insulate the economy as Chairman Jerome Powell and Co. see the benchmark interest rate around 1.50% to 1.75% ahead of 2020.

It remains to be seen if the FOMC will reverse the four rates hikes from 2018 amid the growing dissent within the committee, but the central bank may come under increased pressure to insulate the US economy as President Donald Trump tweets “Fed rate too high,”

In contrast, the Bank of Canada (BoC) looks poised to retain the current policy the next meeting on October 30 as Deputy Governor Lawrence Schembri highlights that “Canadian economic data since July have surprised on the upside.” 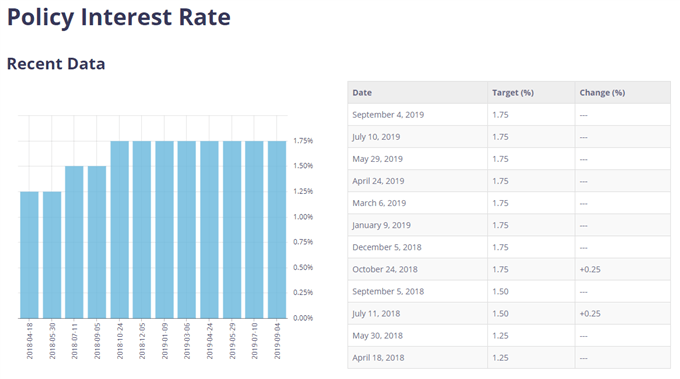 In turn the BoC may continue to endorse a wait-and-see approach for monetary policy as the “economy is operating close to potential,” and Governor Stephen Poloz and Co. may keep the benchmark interest rate at 1.75% throughout the remainder of the year as “growth in the second quarter was strong and exceeded the Bank’s July expectation.”

With that said, USD/CAD may exhibit a more bearish behavior over the coming months amid the diverging paths for monetary policy, and recent price action brings the downside targets back on the radar as the Relative Strength Index (RSI) continues to track the bearish formation from August.