The recent breakout in AUDUSD appears to be unfazed by dismal data prints coming out of China, Australia’s largest trading partner, and the exchange rate may stage a larger rebound over the coming days as it carves a series of higher highs and lows.

AUDUSD sits near the monthly-high (0.6862) even though China’s Trade Balance surplus narrows to $34.84B from a revised $44.58B in July as the People’s Bank of China (PBoC) plans to lower the reserve requirement ratio (RRR) by 0.5 percentage points starting on September 16.

The response by the PBoC may keep the Reserve Bank of Australia (RBA) on the sidelines as Chinese officials plan to implement additional RRR cuts on October 15 and November 15, and Governor Philip Lowe & Co. may stick to the same script at the next meeting on October 1 as “the outlook for the global economy remainsreasonable.” 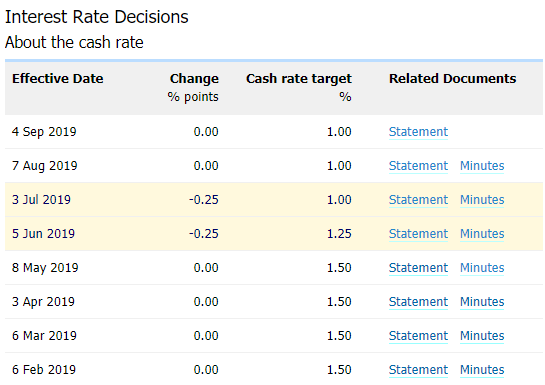 With that said, it remains to be seen if the US and China will strike a trade deal as Vice Premier Liu He plans to visit the states next month, and the renewed negotiations may keep AUDUSD afloat as President Donald Trump tweets “talks happening, good for all.”

However, little evidence of a looming US-China trade deal may force the RBA to further insulate the economy as “growth in Australia over the first half of this year has been lower than earlier expected,” and the central bank may reiterate its pledge to “ease monetary policy further if needed” amid the weakening outlook for global growth.

In turn, the dovish forward guidance for monetary policy may continue to produce headwinds for the Australian dollar, but recent price action keeps the former-support zone around 0.6850 (78.6% expansion) to 0.6880 (23.6% retracement) on the radar as the exchange rate preserves the bullish sequence from the previous week.