USDCAD is back under pressure following the Federal Reserve meeting, and the exchange rate appears to be on track to test the monthly-low (1.3238) as it initiates a series of lower highs and lows.

USDCAD extends the decline from earlier this week as the Federal Open Market Committee (FOMC) adjusts the forward guidance for monetary policy, with a growing number of Fed officials showing a greater willingness to switch gears over the coming months. 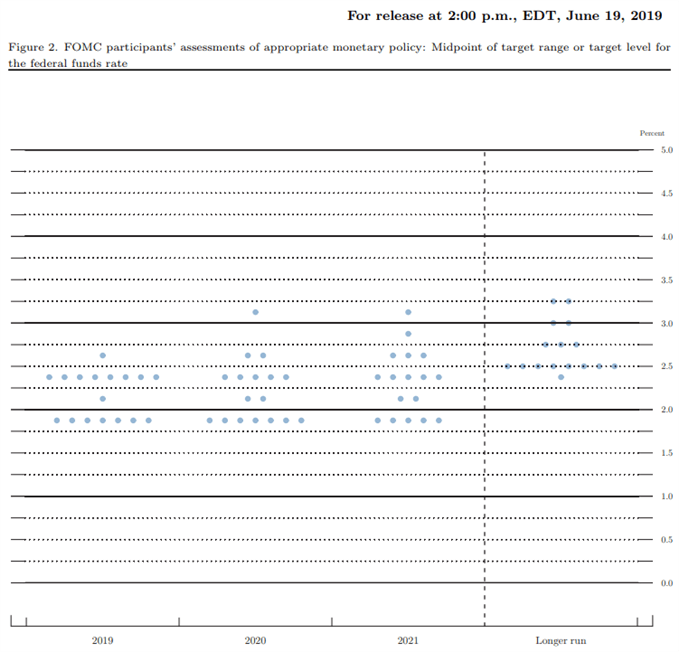 The fresh updates to the Summary of Economic Projections (SEP) indicate there’s a growing dissent in the FOMC as the interest rate dot-plot shows eight Fed officials now projecting a lower trajectory for the benchmark interest rate.

The accompanying statement also suggests the Federal Reserve will abandon the wait-and-see approach for monetary policy as “many FOMC participants now see that the case for somewhat more accommodative policy has strengthened.”

It seems as though it will only be a matter of time before the Fed reverses the four rate hikes from 2018 as the “apparent progress on trade turned to greater uncertainty,” and the ongoing shift in US trade policy may push Chairman Jerome Powell and Co. to insulate the economy as the Trump administration relies on tariffs to push its agenda. 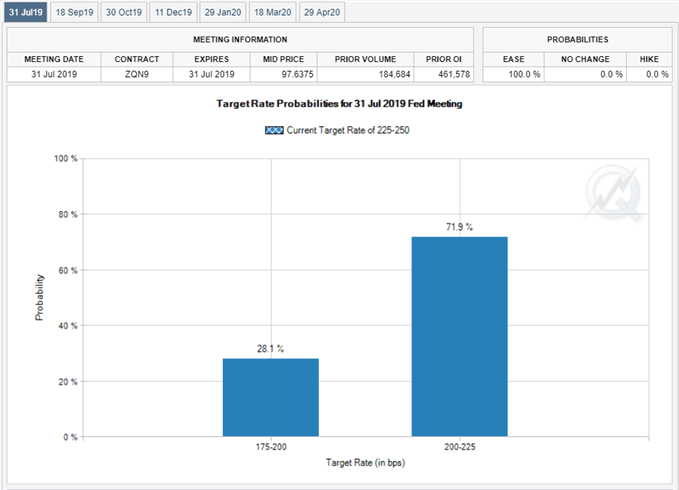 As a result, the US Dollar stands at risk of facing headwinds over the coming months as Fed Fund futures now reflect a greater than 60% probability for a rate cut at the next interest rate decision on July 31.

In contrast, the Bank of Canada (BoC) may face a different fate as the Consumer Price Index (CPI) climbs to 2.4% from 2.0% per annum in April.

Signs of sticky inflation may encourage the BoC to retain the current policy at the next meeting on July 10 as “the slowdown in late 2018 and early 2019 is being followed by a pickup starting in the second quarter.”

In turn, the current environment may keep USDCAD under pressure over the coming days, with the exchange rate at risk of exhibiting a more bearish behavior over the near-term as it snaps the upward trend from earlier this year.