USD/JPY attempts to retrace the decline from the previous week after failing to clear the monthly-low (109.02), but the Dollar Yen exchange rate stands at risk of facing range-bound conditions amid the market holiday in the U.K. & U.S.

USD/JPY may stage a larger rebound going into the final days of May as U.S. Treasury yields bounce back from fresh yearly lows, and developments coming out of the world’s largest economy may continue to influence risk sentiment as President Donald Trump tweets that there’s ‘great progress being made in our trade negotiations with Japan.’

It remains to be seen how carry trade interest will fare going into the second-half of the year as the Trump administration struggles to reach an agreement with China, and the Federal Reserve may come under increased pressure to respond to the shift in U.S. trade policy especially as the International Monetary Fund (IMF) warns that ‘consumers in the US and China are unequivocally the losers from trade tensions.’ 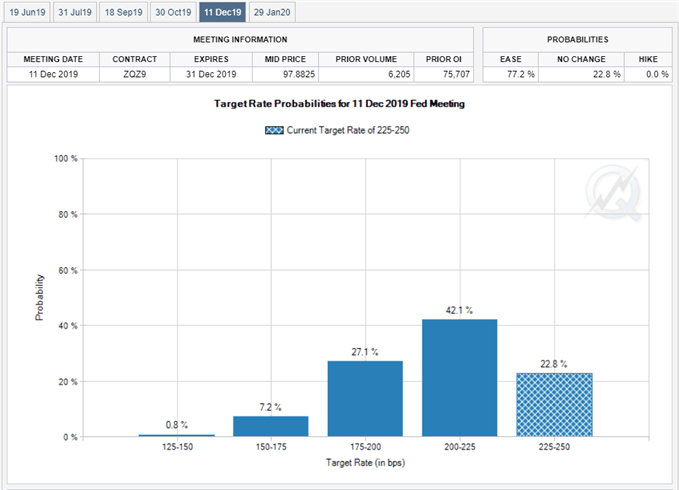 In turn, Fed Fund Futures now show a greater than 70% probability for a December rate-cut, but the Federal Open Market Committee (FOMC) may find it difficult to abandon the rate hiking cycle as higher tariffs are seen feeding into consumer prices. In fact, Chairman Jerome Powell & Co. may continue to project a longer-run interest rate of 2.50% to 2.75% at the next quarterly interest rate decision on June 19 as ‘many participants viewed the recent dip in PCE inflation as likely to be transitory.’

With that said, the FOMC may reiterate that ‘if the economy evolved as they expected, the Committee would likely need to firm the stance of monetary policy to sustain the economic expansion and keep inflation at levels consistent with the Committee's objective,’ and the lack of urgency to alter the forward-guidance may keep the U.S. dollar float as it curbs speculation for a Fed rate-cut in 2019.

Keep in mind, the recent pickup in USD/JPY volatility has shaken up market participation, with retail sentiment holding near an extreme reading. 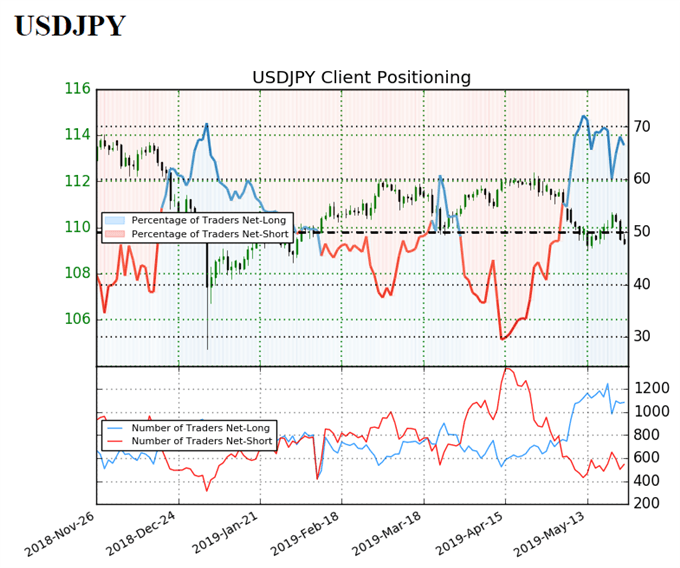 Despite the small pickup in net-short position, the tilted in retail interest offers a contrarian view to crowd sentiment especially as USD/JPY fails to fill the gap from earlier this month. As a result, the Dollar Yen exchange rate may continue to give back the rebound following the currency market flash-crash as it carves a series of lower highs & lows. 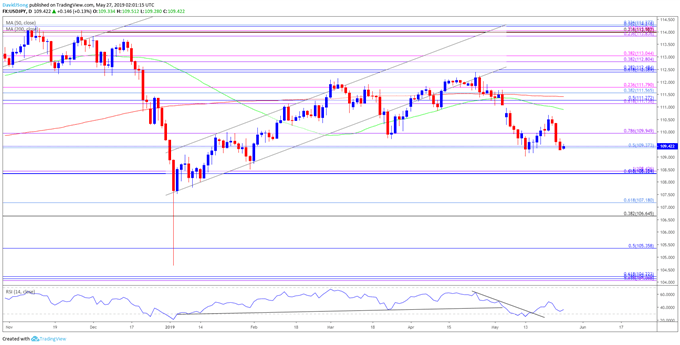