The recent rebound in gold appears to have stalled going into the end of May, with the price of bullion at risk of facing range-bound conditions as the U.S. economy is anticipated to show little to no signs of an imminent recession.

Gold prices may continue to consolidate following the failed attempt to test the monthly-low ($1266), but fresh developments coming out of the U.S. may drag on bullion if the data prints encourage the Federal Reserve to retain a wait-and-see approach for monetary policy.

An uptick in the U.S. Consumer Confidence survey along with signs of sticky price growth should keep the Federal Open Market Committee (FOMC) on the sidelines as the ‘information received since the Committee met in March indicated that the labor market remained strong and that economic activity had risen at a solid rate.’

It seems as though the FOMC is in no rush to alter the forward guidance for monetary policy as ‘many uncertainties affecting the U.S. and global economic outlooks had receded,’ and it remains to be seen if Chairman Jerome Powell & Co. will continue to project a longer-run interest rate of 2.50% to 2.75% at the next interest rate decision on June 19 as Fed officials are slated to update the Summary of Economic Projections (SEP). 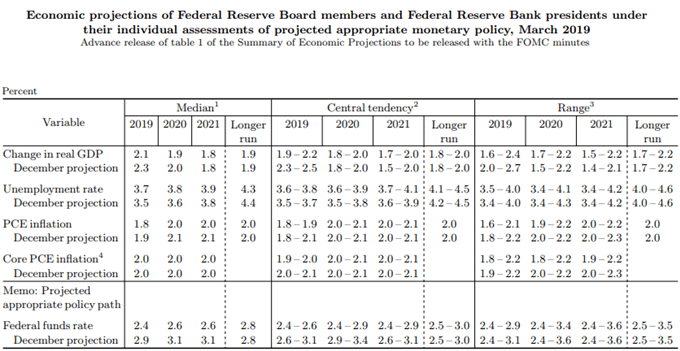 With that said, the FOMC may continue to insist that ‘if the economy evolved as they expected, the Committee would likely need to firm the stance of monetary policy to sustain the economic expansion and keep inflation at levels consistent with the Committee's objective,’ and more of the same from Fed officials may produce headwinds for gold as it dampens speculation for a change in regime.

Keep in mind, there appears to be a broader shift in market behavior as the price for bullion snaps the opening range for 2019, and the precious metal remains at risk of giving back the advance from the 2018-low ($1160) as a head-and-shoulders formation remains in play. 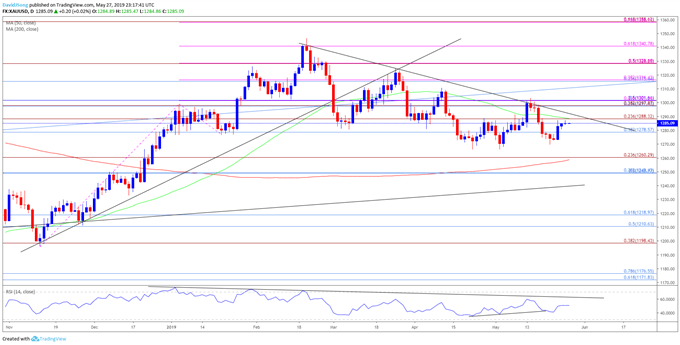