Gold retraces the decline following the Federal Reserve meeting, with the price of bullion carving a fresh series of higher highs and lows, but the broader outlook warns of a shift in market behavior as a head-and-shoulders formation remains in play. 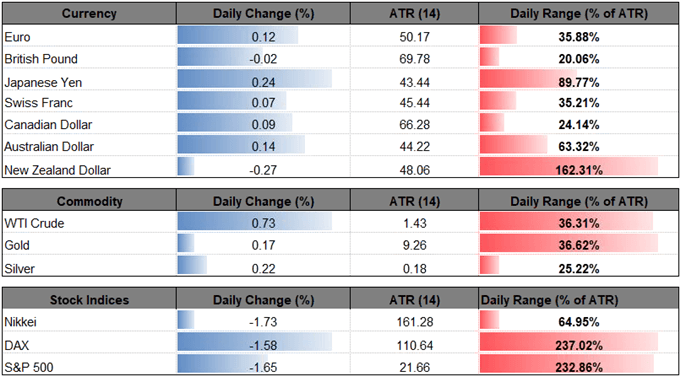 Gold prices were battered at the start of the month as the Federal Open Market Committee (FOMC)showed no interest in altering the monetary policy outlook, and it seems as though the central bank will stick to the sidelines going into the second-half of the year as Chairman Jerome Powell & Co. ‘don't see a strong case for moving in either direction.’

It seems as though the FOMC is in no rush to alter the forward-guidance for monetary policy as the ‘baseline view remains that, with a strong job market and continued growth, inflation will return to 2 percent over time,’ and the central bank may continue to endorse a wait-and-see approach at the next quarterly meeting in June as the committee starts to winddown the $50B/month in quantitative tightening (QT). 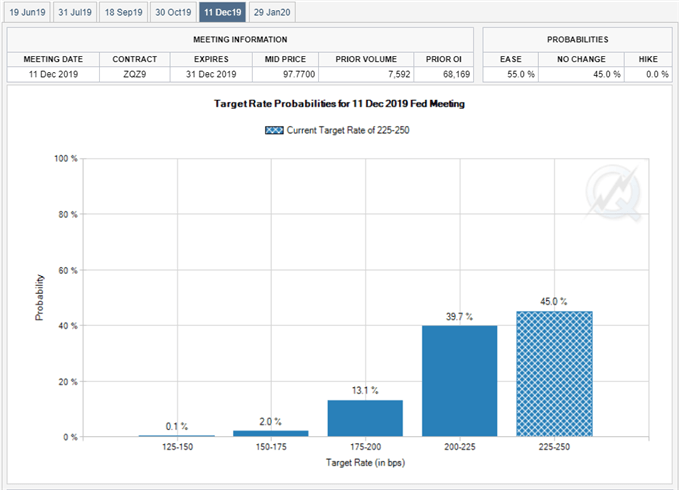 Nevertheless, Fed Fund Futures still reflect a greater than 50% probability for a December rate-cut even though the FOMC insists that ‘incoming data since our last meeting in March have been broadly in line with ourexpectations,’ and it remains to be seen if Chairman Powell & Co. will continue to project a longer-run interest rate of 2.50% to 2.75% as ‘transitory factors’ appear to be dragging on inflation.

With that said, comments coming out of the FOMC may continue to impact gold as a slew of Fed officials are scheduled to speak over the coming days, and a batch of less-dovish comments may drag on the price of bullion as it raises the scope for higher U.S. interest rates.

Keep in mind, there appears to be a broader shift in market behavior as the price for bullion snaps the 2019 opening range, and the precious metal may continue to give back the advance from the 2018-low ($1160) as a head-and-shoulders formation remains in play. 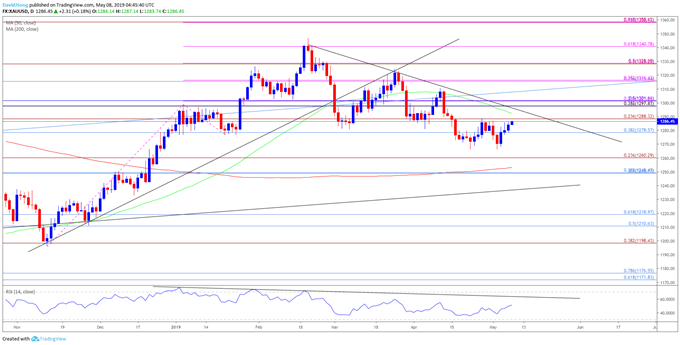