The price for gold struggles to extend the recent series of higher highs & lows ahead of the Federal Reserve meeting, and there appears to be a broader shift in market behavior as a head-and-shoulders formation starts to unfold. 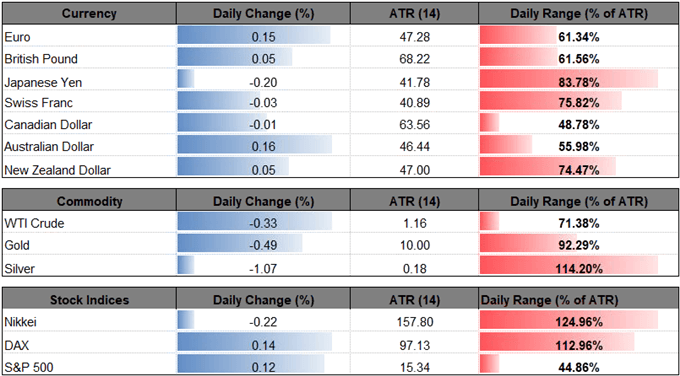 Attention turns to the Federal Open Market Committee (FOMC) interest rate decision on May 1 as Chairman Jerome Powell is scheduled to host a press conference following the announcement, and it seems as though the central bank is in no rush to alter the forward-guidance as ‘a majority of participants expected that the evolution of the economic outlook and risks to the outlook would likely warrant leaving the target range unchanged for the remainder of the year.’

In fact, the updates to the U.S. Gross Domestic Product (GDP) report may keep the FOMC on the sidelines as it instills a mixed outlook for the economy, and signs of below-target inflation may encourage Fed officials to endorse a wait-and-see approach for monetary policy as the gauge for Personal Income increases 0.1% in March after expanding 0.2% the month prior, while the core Personal Consumption Expenditure Deflator unexpectedly narrows to 1.6% from 1.7% per annum during the same period.

With that said, market participants may look for a flurry of dovish comments from Chairman Powell especially as the FOMC plans to wind down the $50B/month in quantitative tightening (QT) starting in May, but little to no evidence of a looming recession may push the central bank to buy more time as ‘some participants indicated that if the economy evolved as they currently expected, with economic growth above its longer-run trend rate, they would likely judge it appropriate to raise the target range for the federal funds rate modestly later this year.’ 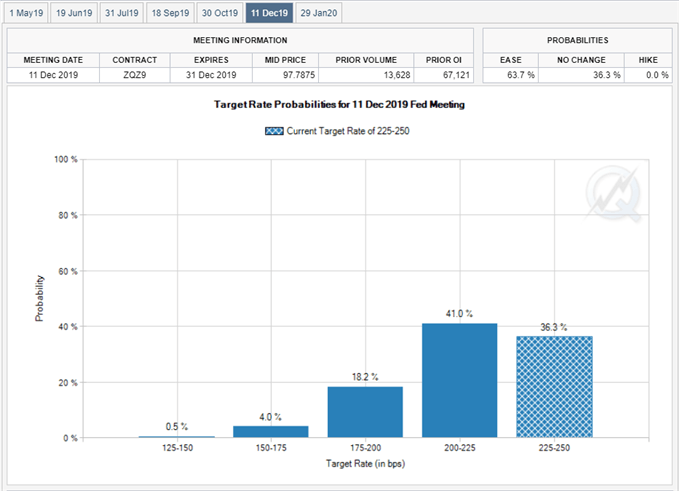 It remains to be seen if Chairman Powell & Co. will continue to project a longer-run interest rate of 2.50% to 2.75% at the next quarterly meeting in June as Fed Fund Futures continue to reflect a greater than 60% probability for a December rate-cut, and the lack of urgency to alter the forward-guidance for monetary policy may continue to drag on the price for gold as it raises the scope for higher U.S. interest rates.

Keep in mind, recent developments surrounding gold warn of a broader shift in market behavior as the price for bullion snaps the yearly opening range, and the precious metal may continue to give back the advance from the 2018-low ($1160) as a head-and-shoulders formation starts to unfold. 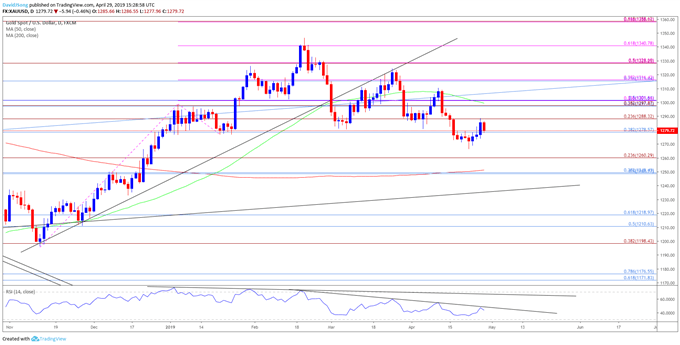