The British Pound attempts to retrace the decline from the first full-week of April as Prime Minister Theresa May prepares to request an Article 50 extension, but GBP/USD may struggle to hold its ground ahead of the European Union (EU) Summit on Brexit as the bearish momentum appears to be gathering pace. 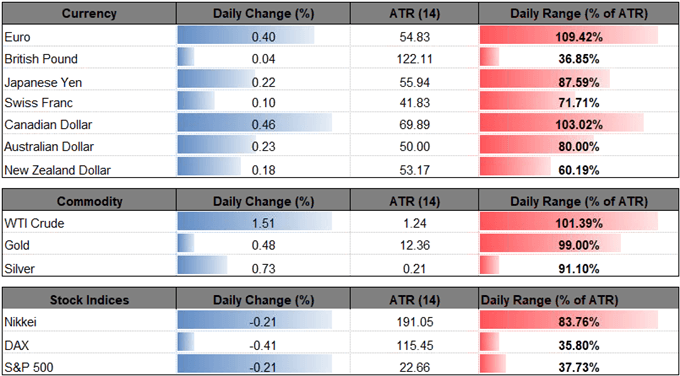 GBP/USD holds a narrow range ahead of the EU Summit on April 10 as U.K. lawmakers scramble to avoid a no-deal Brexit, and it remains to be seen if the April 12 deadline will be pushed to June 30 as members of Parliament show little to no interest for a second referendum.

The deadlock in Parliament looks poised to persist as the new bill aimed at avoiding a no-deal Brexit gets held up in the House of Lords, and headlines surrounding the EU Summit is likely to shake up the near-term outlook for the British Pound if European officials struggle to meet on common ground.

With that said, data prints coming out of the U.K. may do little to influence GBP/USD as the monthly update to the U.K. Gross Domestic Product (GDP) report is anticipated to show economic activity growing a mere 0.2% in February, but the recent pick up in British Pound volatility appears to be shaking up market participation amid an ongoing shift in retail interest. 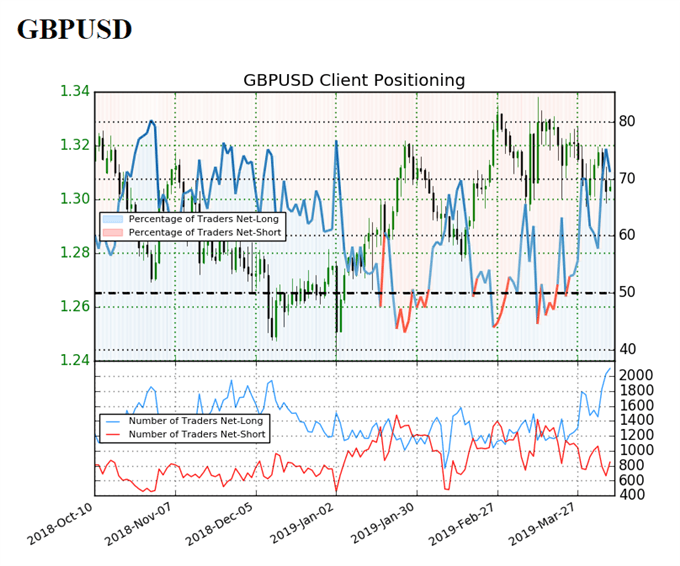 The IG Client Sentiment Report shows 71.2% of traders are still net-long GBP/USD compared to 68.6% last week, with the ratio of traders long to short at 2.47 to 1. Keep in mind, traders have been net-long since March 26 when GBP/USD traded near 1.3200 handle even though price has moved 1.2% lower since then.

The number of traders net-long is 1.0% higher than yesterday and 19.5% higher from last week, while the number of traders net-short is 18.7% higher than yesterday and 3.5% lower from last week. Market participation appears to be picking up ahead of the EU Summit as net-shorts recover from Friday, but the ongoing pickup in net-long interest suggests the retail crowd is positioning for near-term rebound in GBP/USD as the exchange rate continues to track the range-bound price action carried over from late-February.

However, a further shift in retail interest may warn of a broader change in GBP/USD behavior, with recent developments raising the risk for a further decline in pound-dollar as the exchange rate trades along channel support. Moreover, recent developments in the Relative Strength Index (RSI) suggest the bearish momentum is gathering pace is the oscillator extends the downward trend carried over from the previous month. Sign up and join DailyFX Currency Analyst David Song LIVE for an opportunity to discuss potential trade setups. 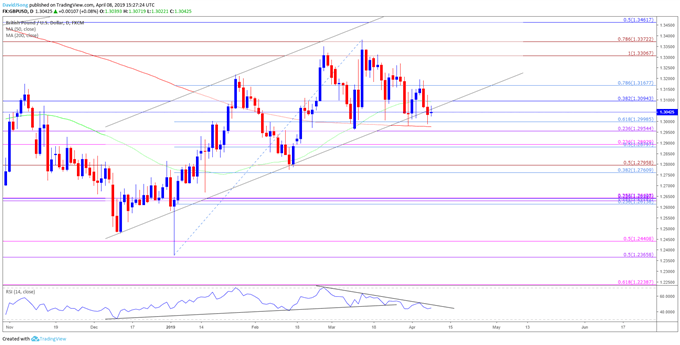