The British Pound struggles to hold its ground even though the U.K. lawmakers push through new legislation to block a no-deal Brexit, and GBP/USD may continue to threaten the upward trend from earlier this year as the bearish momentum appears to be gathering pace. 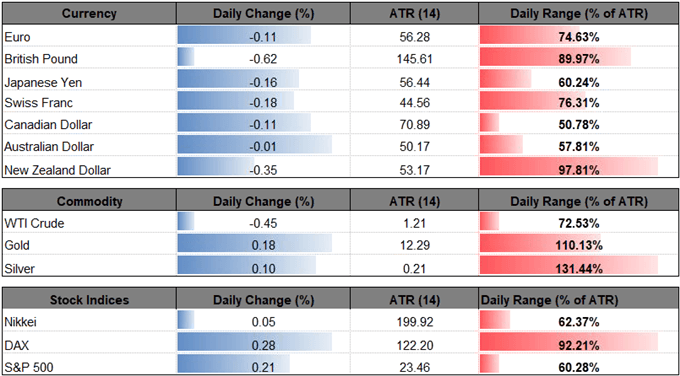 The U.K. House of Commons voted 313 to 312 to avoid leaving the European Union (EU) without a deal, with the new bill now on its way to the House of Lords for the final seal of approval.

The development ultimately forces Prime Minister Theresa May to request an Article 50 extension as the April 12 deadline quickly approaches, and the deadlock may continue to produce headwinds for the British Pound as there remains little support in Parliament for a second referendum.

In turn, the slew of data prints due out next week may do little to influence the near-term outlook for GBP/USD as the monthly update to the U.K. Gross Domestic Product (GDP) report is anticipated to show economic activity growing a mere 0.2% in February, but the recent pick up in British Pound volatility appears to be shaking up market participation amid an ongoing shift in retail interest. 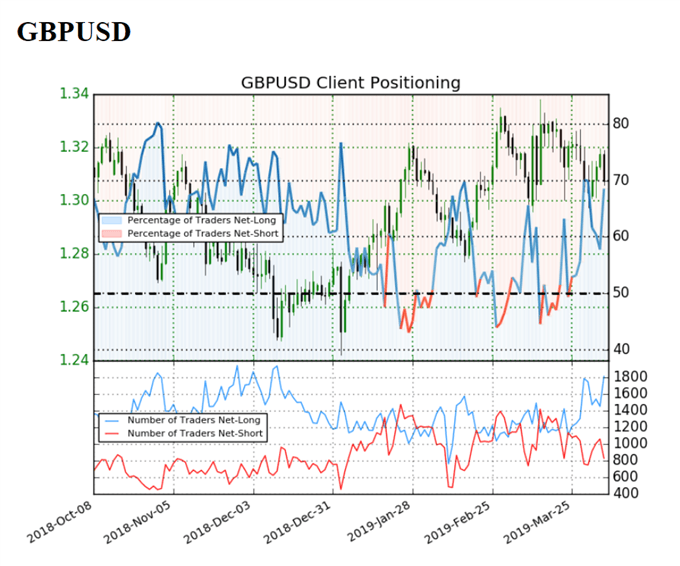 The IG Client Sentiment Report shows 68.6% of traders are still net-long GBP/USD compared to 65.8% at the end of last week, with the ratio of traders long to short at 2.18 to 1. Keep in mind, traders have been net-long since March 26 when GBP/USD traded near 1.3200 handle even though price has moved 1.0% lower since then.

The number of traders net-long is 20.3% higher than yesterday and 11.0% higher from last week, while the number of traders net-short is 20.8% lower than yesterday and 2.2% lower from last week. The decline in net-short exposure is likely a result of profit-taking behavior as GBP/USD gives back the advance from earlier this week, and it seems as though the retail crowd is attempting to trade the range-bound price action carried over from late-February amid the jump in net-long interest.

However, a further shift in retail interest may warn of a broader change in GBP/USD behavior, with recent developments raising the risk for a further decline in the exchange rate as the exchange rate falls back towards channel support. At the same time, recent developments in the Relative Strength Index (RSI) suggest the bearish momentum is gathering pace is the oscillator extends the downward trend carried over from the previous month. 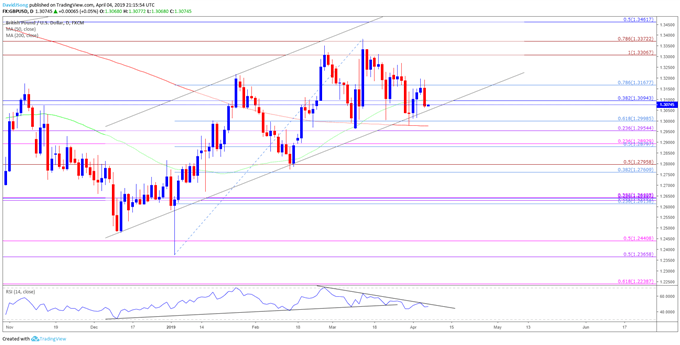