The USD/JPY flash-crash rebound appears to be gathering pace as U.S. President Donald Trump tweets that ‘big progress being made’ in regards to the China Trade Deal, and the exchange rate stands at risk of making another run at the 200-Day SMA (111.30) as both price and the Relative Strength Index (RSI) continue to track the bullish formations from earlier this year. 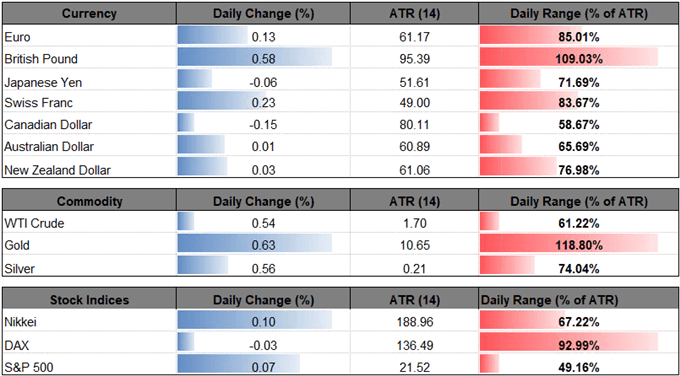 The USD/JPY correction following the currency market flash-crash appears to be gathering pace as the Trump administration averts another government shutdown, and signs of an imminent U.S.-China trade deal may heighten the appeal of the dollar as the negotiations should prove to be growth-friendly for American households and businesses.

With that said, the Federal Reserve may have a difficult time in defending a wait-and-see approach as President Trump states that the ‘country has such fantastic potential for future growth and greatness on an even higher level,’ but the Federal Open Market Committee (FOMC) Minutes may reiterate that ‘the case for raising rates has weakened somewhat’ as recent data prints highlight a slowing economy. 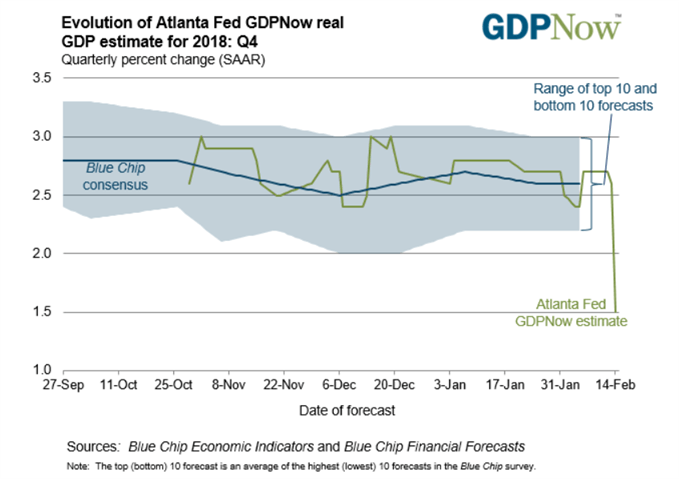 Keep in mind, after accounting for the 1.2% in Retail Sales, the Atlanta Fed’s ‘GDPNow model estimate for real GDP growth (seasonally adjusted annual rate) in the fourth quarter of 2018 is 1.5 percent on February 14, down from 2.7 percent on February 6,’ and the FOMC may continue to abandon the hawkish forward-guidance for monetary policy as the central bank appears to be on track to winddown the $50B/month in quantitative tightening (QT) over the coming months.

In turn, the U.S dollar stands at risk of facing headwinds ahead of the next Fed interest rate decision on March 20 as the Chairman Jerome Powell & Co. change their tune, but the near-term outlook for USD/JPY remains constructive as both price and the Relative Strength Index (RSI) track the bullish trends from earlier this year. Sign up and join DailyFX Currency Analyst David Song LIVE for an opportunity to discuss potential trade setups. 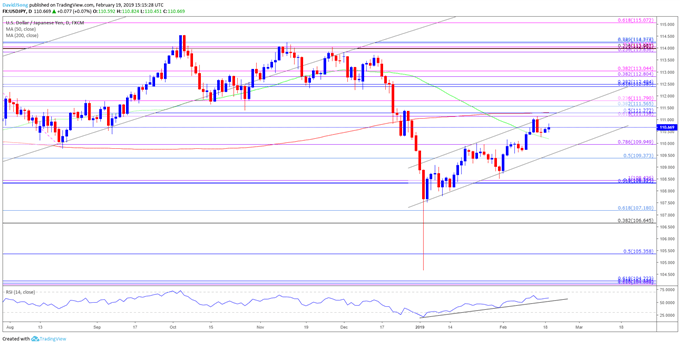