USD/CAD stages a rebound even though a growing number of Federal Reserve officials endorse a wait-and-see approach for monetary policy, and recent price action raises the risk for a larger correction as the exchange rate carves a fresh series of higher highs and lows, while the Relative Strength Index (RSI) breaks out of the bearish formation carried over from the previous month. 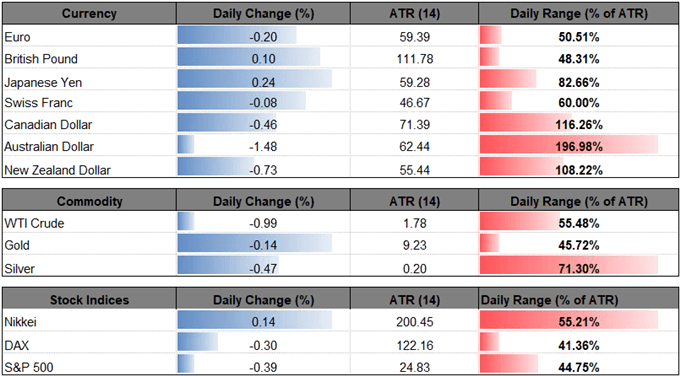 The bear-flag appears to have run its course as USD/CAD fails to test the November-low (1.3049), and the monthly opening range instills a constructive outlook as the exchange rate breaks out of a narrow range. The rebound may gather pace ahead of Canada’s Employment report as the economy is anticipated to add a mere 5.0K jobs in January, and signs of tepid job growth may keep the Bank of Canada (BoC) on the sidelines at the next meeting on March 6 as the central bank’s ‘revised forecast reflects a temporary slowing in the fourth quarter of 2018 and the first quarter of 2019.’

The BoC may ultimately follow a similar path to its U.S. counterpart and alter the monetary policy outlook as Dallas Fed President Robert Kaplan argues that ‘it would be prudent for the Fed to exercise patience and refrain from taking further action on the federal funds rate until the economic outlook becomes somewhat clearer,’ and Governor Stephen Poloz and Co. may show a greater willingness to conclude the hiking-cycle ahead of schedule as ‘CPI inflation is projected to edge further down and be below 2 per cent through much of 2019.’

As a result, a material shift in BoC’s language may produce headwinds for the Canadian dollar, and it seems as though the central bank is bracing for a further depreciation in the local currency as Deputy Governor Tim Lane notes that the ‘the lower Canadian dollar, in turn, will help support the economy.’ With that said, the current environment may foster a larger correction in USD/CAD as it breaks out of a narrow range, with recent developments in the Relative Strength Index (RSI) warning of a larger recovery as the oscillator breaks out of a bearish formation after the failed attempts to push into oversold territory. Sign up and join DailyFX Currency Analyst David Song LIVE for an opportunity to discuss potential trade setups. 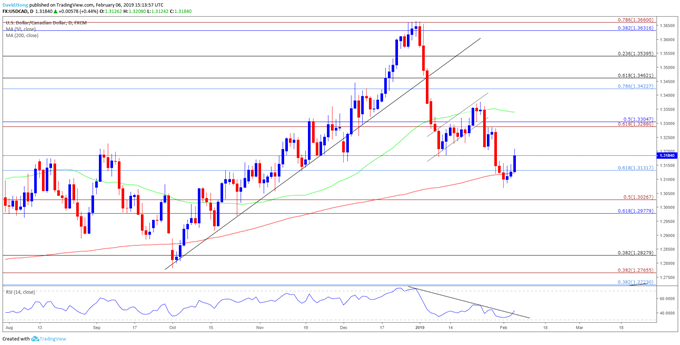