USD/JPY extends the rebound following the currency market flash-crash as there appears to be a mild improvement in risk-taking behavior, and the recent series of higher highs & lows raises the risk for a larger correction as the exchange rate breaks out of a narrow range carried over from the previous week. 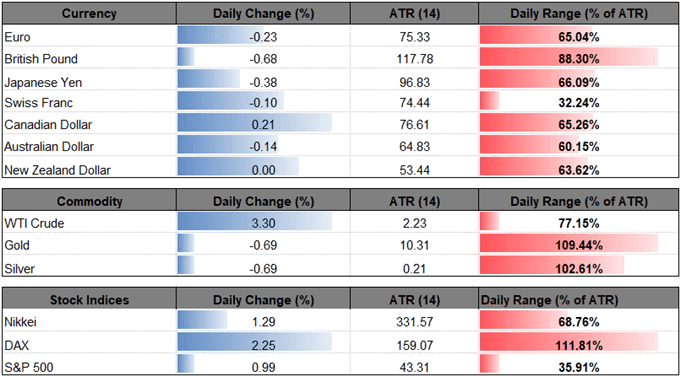 USD/JPY climbs to a fresh weekly-high (109.60), with U.S. Treasury yields exhibiting a similar behavior even as the Federal Reserve changes its tune ahead of the next interest rate decision on January 30.

It seems as though a growing number of Fed officials are becoming reluctant to implement higher borrowing-costs amid the weakening outlook for global growth, and the central bank may continue to drop the hawkish forward-guidance as New York Fed President John Williams, a permanent voting-member on the Federal Open Market Committee (FOMC), argues ‘the approach we need is one of prudence, patience, and good judgment.’ 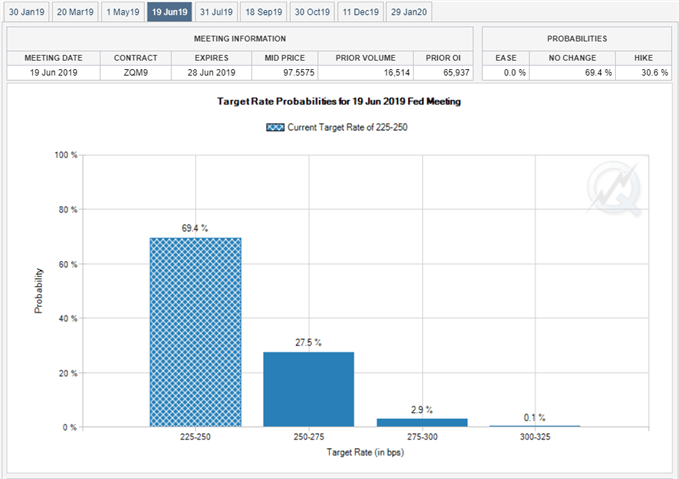 In turn, changes in risk sentiment may largely influence USD/JPY over the coming days as members of the FOMC observe the quiet period ahead of the policy meeting, and it seems as though the central bank will continue to tame bets for an imminent rate-hike especially as the partial government shutdown clouds the economic outlook. In turn, Fed Fund Futures may continue to show the FOMC on hold throughout the first-half of 2019, and it remains to be seen if the committee will taper the $50B/month in quantitative tightening (QT) asChairman Jerome Powell sees the balance sheet to returning to a ‘more normal level.’

With that said, changes in risk sentiment may continue to influence USD/JPY over the interim as the FOMC tames bets for an imminent rate-hike, but the flash crash appears to have shaken up retail interest as traders continue to fade the sharp rebound in the exchange rate. 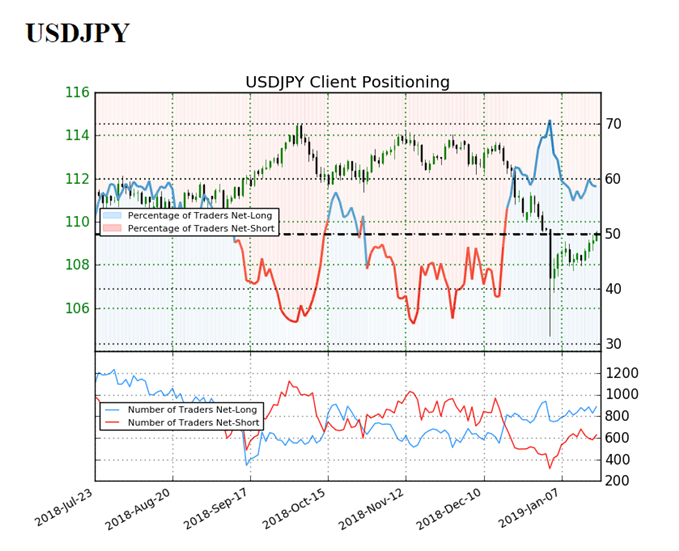 The IG Client Sentiment Report shows 58.6% of traders are now net-long USD/JPY compared to 55.3% earlier this week, with the ratio of traders long to short at 1.42 to 1. Despite the flash-crash, traders have been net-long since December 18 when USD/JPY traded near 112.50 even though price has moved 3.4% lower since then.The number of traders net-long is 4.2% lower than yesterday and 6.9% higher from last week, while the number of traders net-short is 0.8% higher than yesterday and 10.2% lower from last week.

Keep in mind, the ongoing tilt in retail sentiment provides a contrarian view to crowd sentiment as traders remain net-long, and the recent accumulation in net-short position appears to be unraveling as USD/JPY breaks out of the narrow range carried over from the previous week.

In turn, the broader outlook remains tilted to the downside as both price and the Relative Strength Index (RSI) snap the bullish trends from the previous year, but future developments in the momentum indicator may foreshadow a larger correction as the oscillator comes up against trendline resistance. . Sign up and join DailyFX Currency Analyst David Song LIVE for an opportunity to discuss potential trade setups. 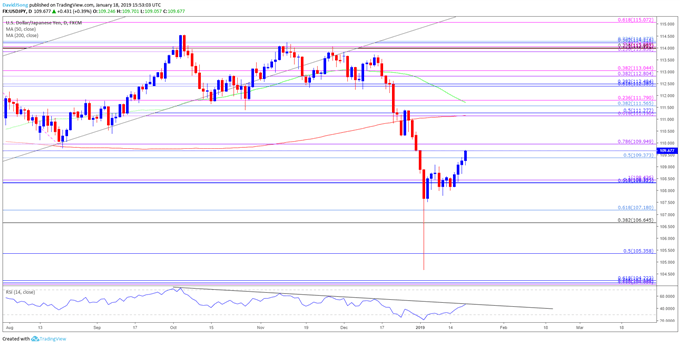