The USD/JPY rebound following the currency market flash-crash may ultimately spur a run at the monthly-high (109.68) as the exchange rate initiates another series of higher highs & lows, but dollar-yen stands at risk of facing range-bound conditions ahead of the next Federal Reserve interest rate decision on January 30 as a growing number of central bank officials drop the hawkish forward-guidance for monetary policy. 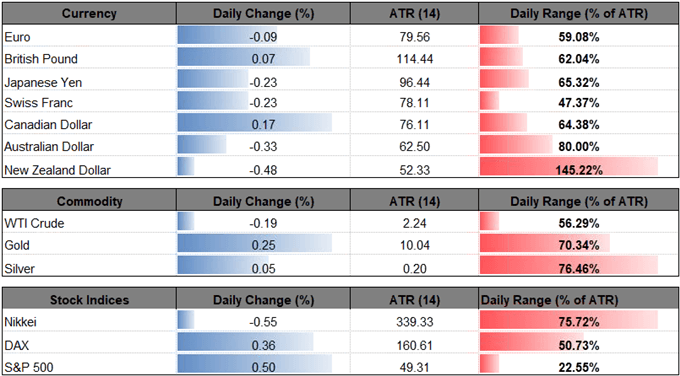 USD/JPY extends the advance from earlier this week even though the U.S. government remains partially shutdown, and the stickiness in the exchange rate may persist over the coming days as Treasury yields reflect a similar behavior.

However, the uncertainty surrounding fiscal policy may limit the appeal of the U.S. dollar as it curbs the outlook for growth and inflation, and it seems as though the Federal Open Market Committee (FOMC) will keep the benchmark interest rate on hold throughout the first-quarter of 2019 as an increasing number of Fed officials show a greater willingness to revert back to a wait-and-see approach. In turn, changes in risk sentiment may have a greater influence on USD/JPY in the interim as the FOMC tames bets for an imminent rate-hike, but the flash crash appears to have shaken up retail interest as traders continue to fade the sharp rebound in the exchange rate. 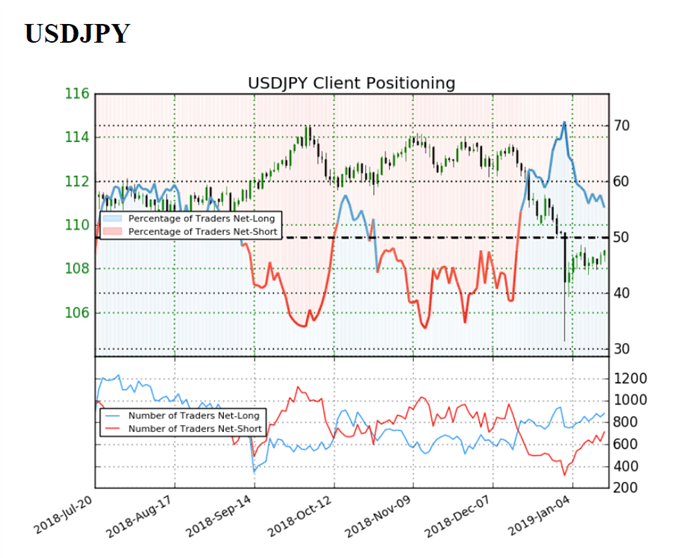 Keep in mind, the persistent tilt in retail sentiment provides a contrarian view to crowd sentiment as net-long interest remains little changed following the USD/JPY flash crash, but the ongoing accumulation in net-short position may foreshadow a more material shift in market behavior as traders continue to fade the recovery in the stickiness in the exchange rate.

With that said, the broader outlook remains tilted to the downside as both price and the Relative Strength Index (RSI) snap the bullish trends from the previous year, but recent developments in the momentum indicator warn of a larger correction as the oscillator bounces back from oversold territory. Sign up and join DailyFX Currency Analyst David Song LIVE for an opportunity to discuss potential trade setups. 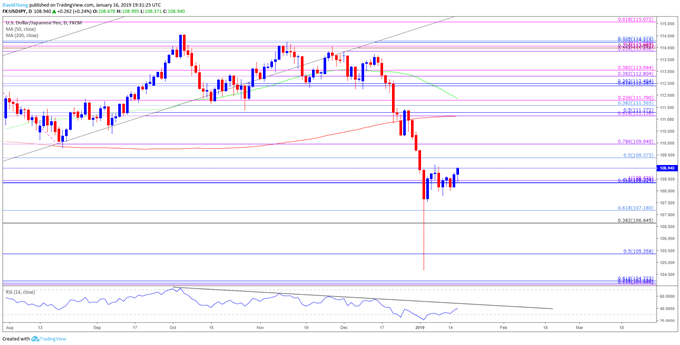